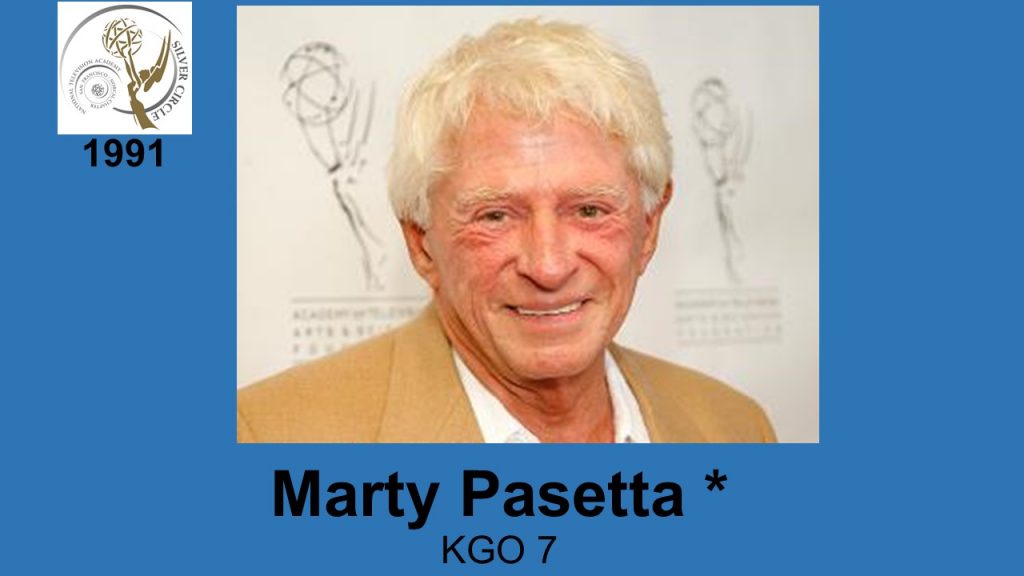 MARTY PASETIA. A local Emmy recipient, Marty got his start as an early­ day stage manager at KGO-TV, moving up to executive producer. After 16 years at KGO-TV, he began producing and directing network extravaganzas, such as Inaugural Galas for both Pres. Carter and Pres.Reagan, 17 consecutive Academy Awards telecasts, the Grammy Awards for eight years and the Emmy Awards for two, to name but a few. He was responsible for the first satellite TV broadcast and pioneered worldwide satellite and ad hoc distribution , and high definition video.