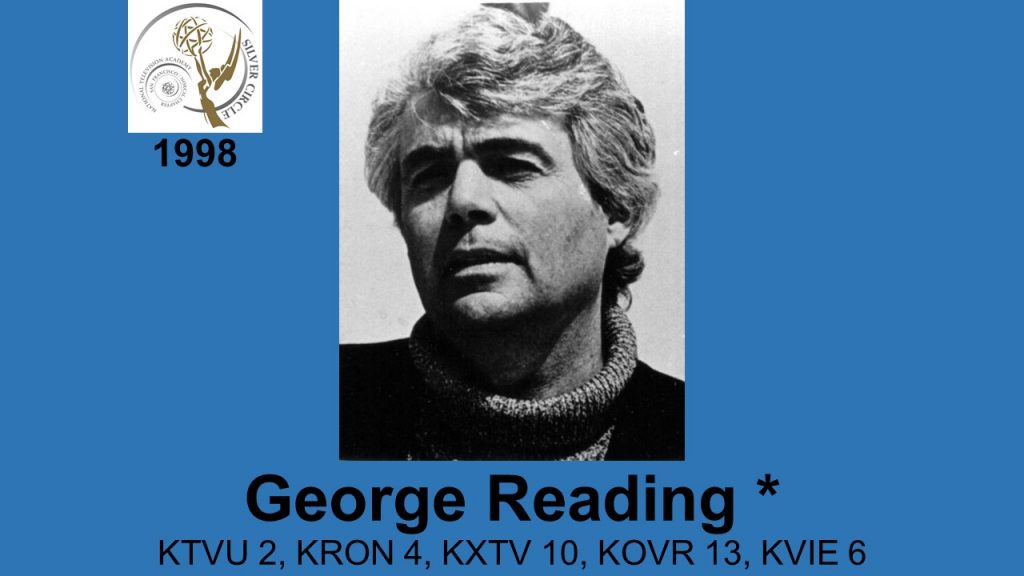 George Reading is truly a veteran in Northern California television, having anchored for KTVU, KRON, KXTV and KOVR over a 25-year period starting in 1971.  George began his career in 1957 in Albany, New York with WTEN.  He co-anchored with Marcia Brandwynne during his stint at KTVU; and later, co-anchored the KRON-TV news with Fred LaCosse, before moving on to other top anchor jobs.  While semi-retired as a resident of Sun City West, Arizona, George still manages to remain in the business as host, feature reporter and producer of the PBS series, “California Heartland,” which is seen on television stations throughout the western states.