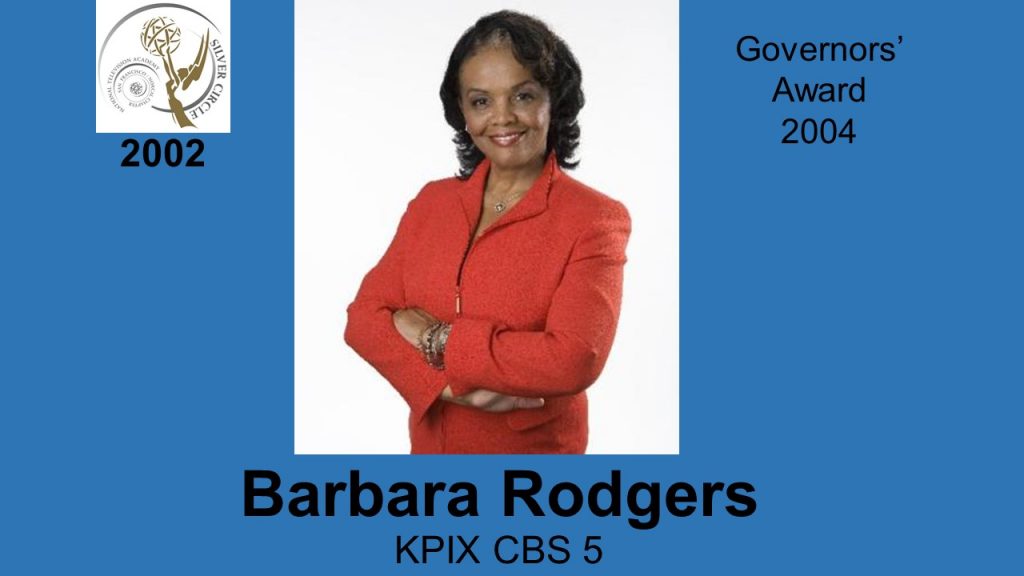 BARBARA RODGERS anchors KPIX’s Eyewitness News at Noon, co-anchors Eyewitness News at 4:30pm and hosts Bay Sunday, KPIX’s weekly public affairs program.  She joined KPIX in 1979 after seven years at WOKR in Rochester, NY.  She is a member and co-founder of the Bay Area Black Journalists Association, has served on the boards of various organizations, including the World Affairs Council of Northern California and the Society of Professional Journalists, and has volunteered her time to scores of community groups.  In June 1997, she was appointed to the Board of Directors of Walden House, a non-profit health and human services program specializing in substance abuse treatment for people of all ages.  Barbara has received numerous honors for her work and community service.  They include the prestigious William Benton Fellowship in Broadcast Journalism in 1985; five local Emmy awards; four Excellence in Journalism awards from the National Association of Black Journalists; and reporting awards from the Associated Press, United Press International and the Peninsula Press Club.  Barbara served on the NATAS board from 1992 to 1996. 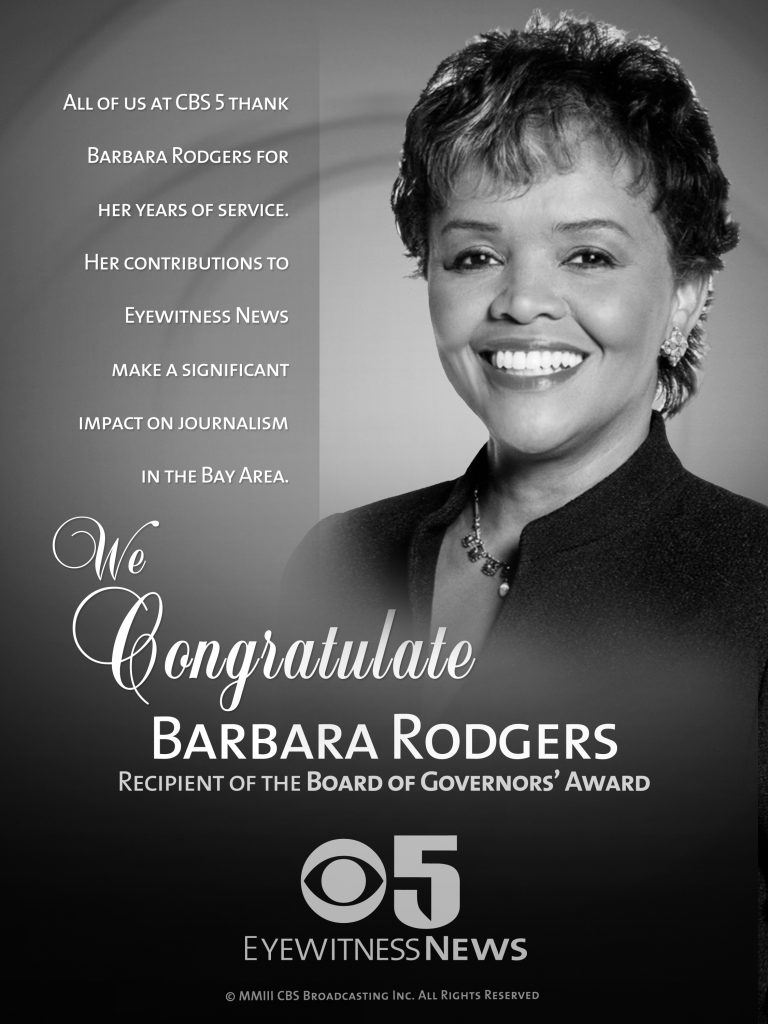 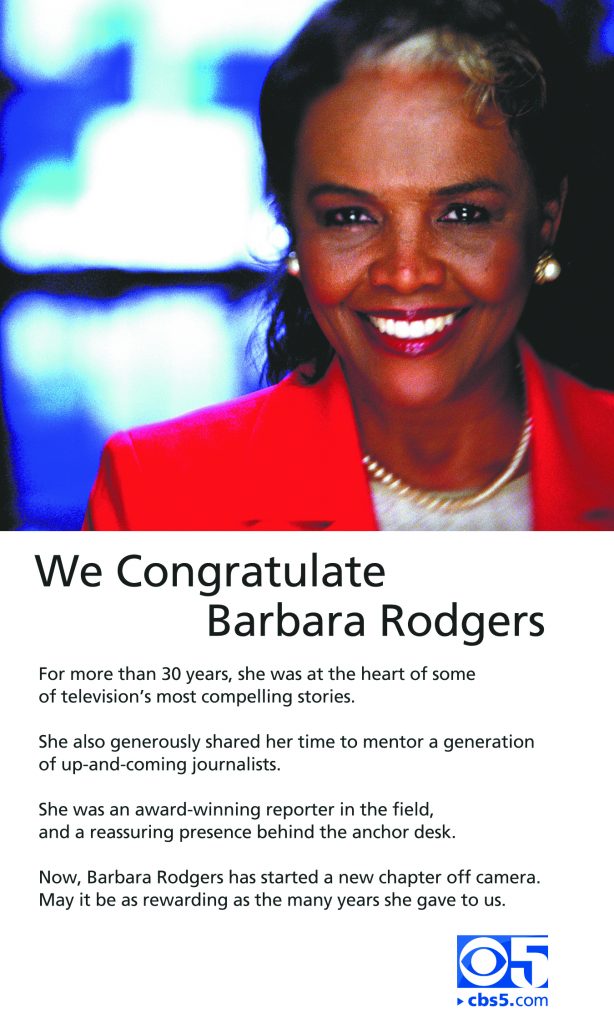