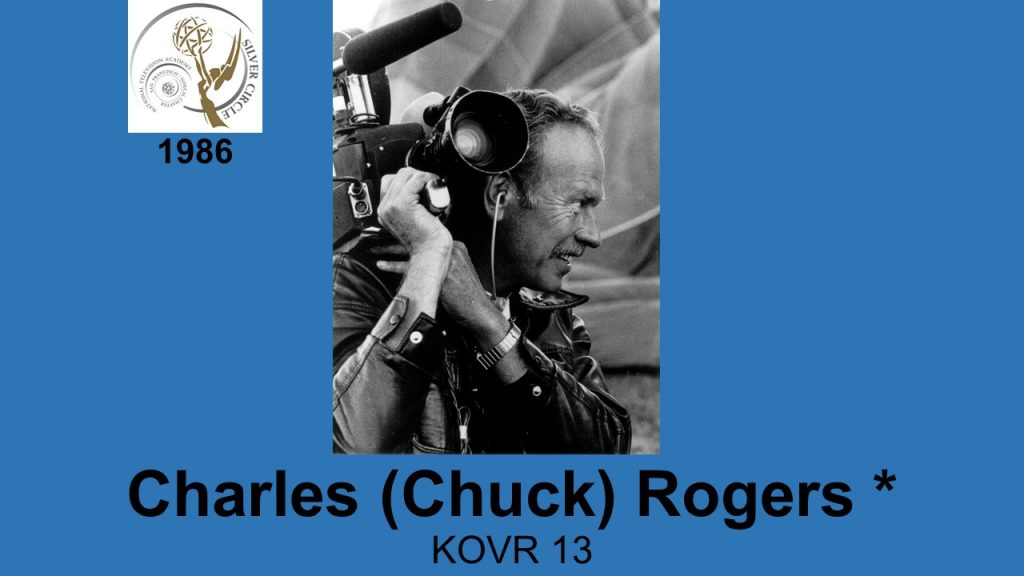 CHARLES ‘Chuck’ ROGERS, KOVR, began his career as a freelance cameraman/producer. In the early sixties he shot and produced a documentary ‘Circus In The Sky’ for Four Winds to Adventure. He joined KOVR in 1970 where he has been shooting commercials and news events. He is working out of the Modesto office and News Bureau .