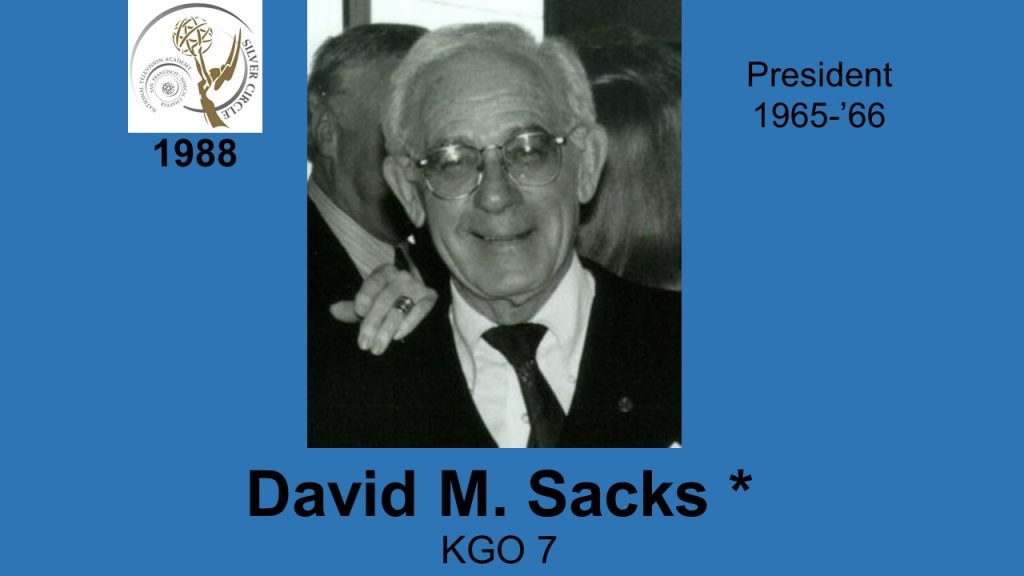 DAVID”‘M. SACKS, Electrovision, Inc., began his career as a studio engineer for CBS. Af ter a stint in the Navy during WWII he came to KROW Radio in Oakland where he became Sales Manager. In 1952 he moved over to ABC Spot Sales and then on to KGO-TV as Sales Manager. He served as VP & GM from 1960 to 1970, after which he became partners with Bing Crosby to launch The San Francisco Experience. He has since syndicated “Take My Word For It.” He is a consultant for Christian Science Publishing Society, and a past President of NATAS.