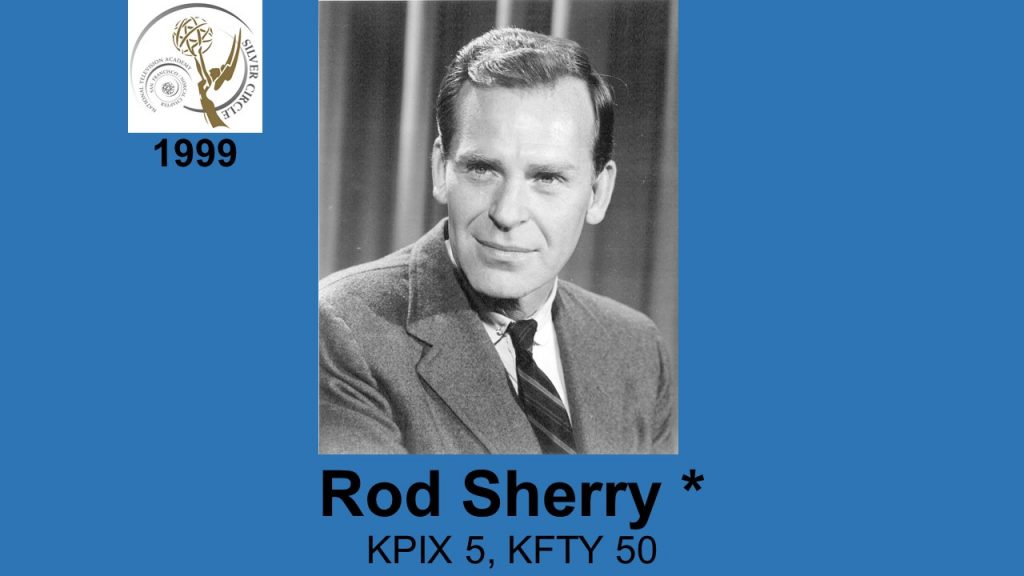 ROD SHERRY:  Radio consumed the first years of Rod Sherry’s broadcasting career, with eleven years in Buffalo New York, followed  by a stint at KNX in Los Angeles.  Rod’s first job in television was with KTTV in Los Angeles, writing for the KTTV Newsreel.  When KFSF-TV (later KOGO-TV) went on the air, Rod was there as a newsman.  In 1964, he joined KPIX in San Francisco as anchor on the 11:00 news and as a reporter on the 6:00 News.  On weekends, he moderated “News-makers,” KPIX’s news panel show.  After a brief retirement, he was asked to join the then-fledgling station in Santa Rosa, KFTY, as a weekend anchor and producer, which led to weekday anchor and ultimately news director.  Rod retired for the second time in 1987.  Rod is a founding member of The Broadcast Legends, serving on the core group as treasurer.  Rod and his wife, Martha, live in Santa Rosa.