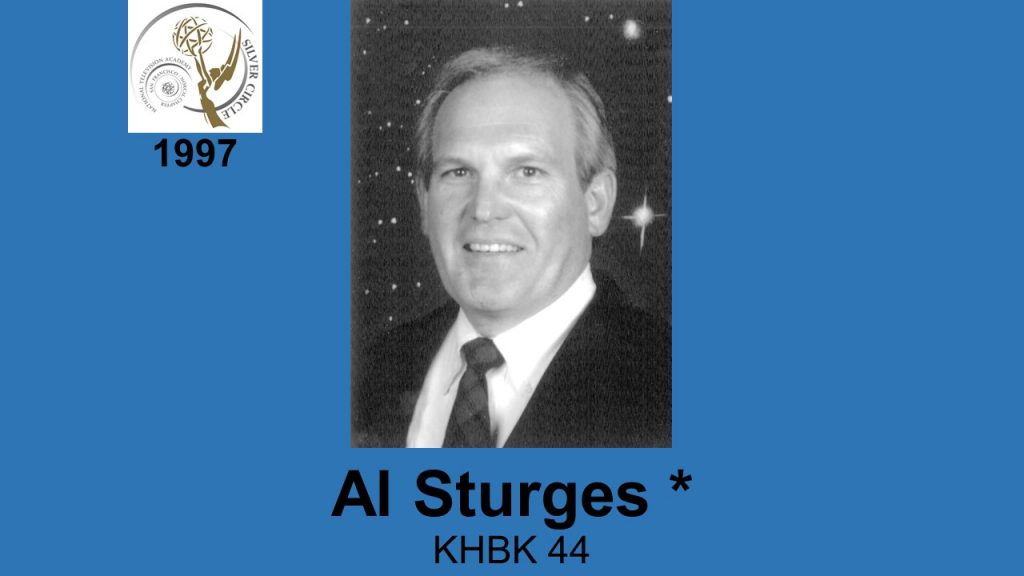 AL STURGES began his long television career in 1949 delivering kinescopes to the KPIX transmitter.  He enrolled in the Broadcast Arts Department at SF State College, at which time he worked on the Emmy award winning “Science In Action” and “Explorers of Tomorrow” KRON series.  Later he joined KGO as a production assistant and assistant director.  He was program manager at KTVU, KBHK, and worked for ABC Films and Kaiser Broadcasting.  He has written a retrospective on the classic Samuel Goldwyn films, and produced “Free At Last”, a tribute to Rev. Martin Luther King.