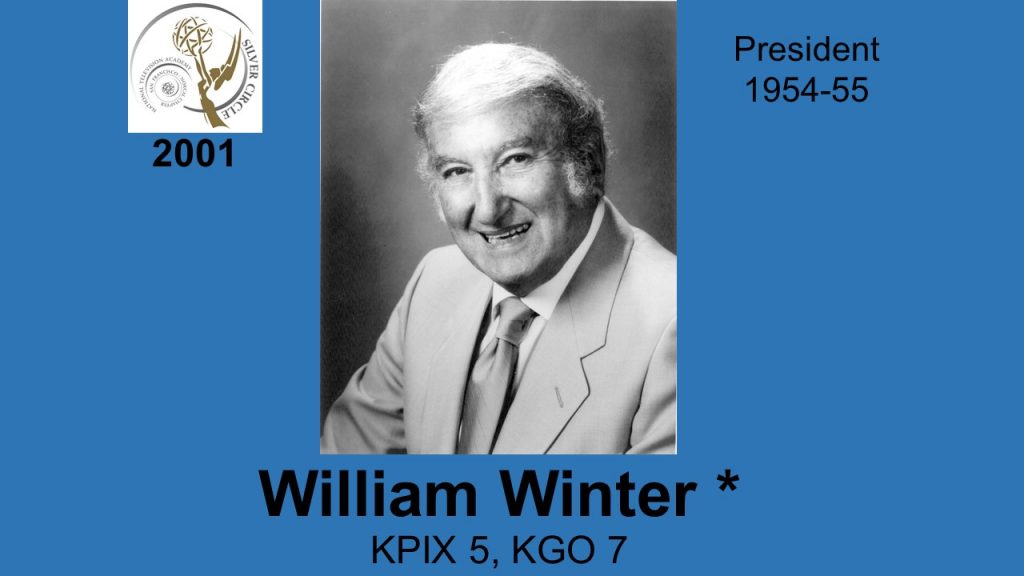 WILLIAM WINTER. After serving as a news corre­spondent for the OWi during World War II, Bill joined KPIX and became this area’s first news anchorman. Following ten years of hosting such dignitaries as  Dag Hammarskjold and Adlai  Stevenson  on  Channel 5, he appeared on ABC Television and KGO-TV for a number of years. He is now retired and lives in Southern Cali­fornia.