The National Academy of Television Arts & Sciences (NATAS) announced the nominees for the 47th Annual Daytime Emmy® Awards, which will be presented in a two-hour special on Friday, June 26 (8:00-10:00 PM, ET/PT) on the CBS Television Network. 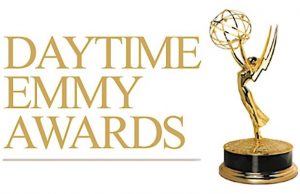 The full list of nominees is attached and available at https://theemmys.tv/daytime.

“Now more than ever, daytime television provides a source of comfort and continuity made possible by these nominees’ dedicated efforts and sense of community,” said Adam Sharp, President & CEO of NATAS. “Their commitment to excellence and demonstrated love for their audience never cease to brighten our days, and we are delighted to join with CBS in celebrating their talents.”

“As a leader in Daytime, we are thrilled to welcome back the Daytime Emmy® Awards,” said Jack Sussman, Executive Vice President, Specials, Music and Live Events for CBS. “Daytime television has been keeping viewers engaged and entertained for many years, so it is with great pride that we look forward to celebrating the best of the genre here on CBS.”

This year’s awards honor content from more than 2,700 submissions that originally premiered in calendar-year 2019. The submissions were judged by a pool of 1,000 peer professionals from across the television industry whose confidential ballots were then tabulated by the independent accounting firm of Lutz & Carr, LLP.

The June 26 telecast will mark the 14th time CBS has broadcast the Daytime Emmys®, more than any other network. The special will be produced by the National Academy and Associated Television International (ATI), which previously produced Daytime Emmy® ceremonies on The CW in 2009 and on CBS in 2010 and 2011.

“In these challenging times, daytime has been a primary influence in staying connected with its audience, entertaining them, and keeping them informed,” said 47th Annual Daytime Emmys® executive producer and director David McKenzie of Associated Television International. “We are honored to be a part of it. We are also excited for the challenge of introducing a new format that will celebrate the contributions of daytime television.”

Awards will be presented in leading categories during the telecast, with recipients and other special guests appearing from home in light of the COVID-19 pandemic.

Additional categories will be announced simultaneously on Twitter (@DaytimeEmmys), and others will be presented in a separate ceremony in July.