Sacramento CBS13/Good Day Sacramento – A news photographer was hit by a getaway car but not seriously hurt and his camera stolen while setting up for an early morning story at UC Davis. About 5 a.m., Photographer Scott Zentner and Reporter Dina Kupfer were on campus to cover Domestic Violence Awareness Month. Both were in the live truck and the camera was about 10 feet away when a man approached. According to an article in The Sacramento Bee, Scott was working on a technical problem when Dina began shouting his name. Both jumped out of the truck and the culprit headed straight for the gear. Scott struggled with the thief over the camera. In the end, the suspect made off with the camera, tripod, mic and lights. The stolen gear was jammed into a small SUV and during the getaway, the car hit Scott. No weapons were involved. A police  investigation is underway.  CBS13 and CW31 News Director Mike Dello Stritto said that it’s network policy to not comment on issues pertaining to employee security. 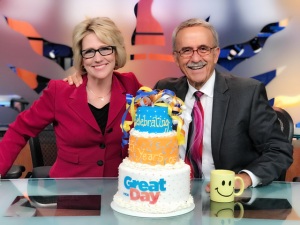 Fresno KMPH Fox26 –  Staying power.  Kim Stephens and Kopi Sotiropulos got it! Fifteen years ago, on Oct. 6, 2003, the two launched the morning newscast Great Day and they’re still sticking with it – getting up at 2:30 a.m. and heading to work in the wee hours of the morning – for work all these years. The only other original from that premiere day is audio operator Armando Gonzalez. He clearly has staying power, too. Kim and Kopi are the original hosts and no other local morning programs has that morning anchor longevity. “We are nearly certain that no other team in the country does five hours straight together with no secondary team,” said Kim. 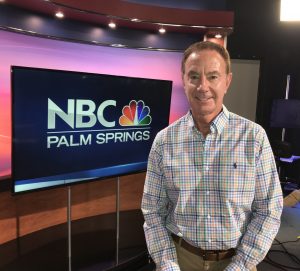 Sacramento/Palm Springs – Former Sacramento ABC 10 News Reporter Dan Adams now lives in Palm Springs. And once it’s in your blood – it’s tough to distance yourself from TV. He’s volunteering at Palm Springs station KMIR, the first station on the air in the Coachella Valley. That was 50 years ago. “About a year ago, I realized the station’s anniversary was coming up and I asked management what they were planning on doing,” said Dan. “They said they hadn’t thought about it.” The other problem they said was old film and video didn’t exist. A good challenge, Dan took on the task. “I knew from producing ABC 10 KXTV’s hour-long 50th anniversary special in 2005 how it could be done,” said Dan. He tracked down old footage through the granddaughter of the original station owner – a Hollywood star named John Conte. Living in Malibu, fortunately, she had saved a lot of the old films and tapes from the early days and was elated a special half hour was being put together for KMIR’s 50th year. By the way, the station first hit the airwaves Sept. 16, 1968. Between airchecks, old film and video, Dan put together a special that revisited the past, giving viewers a comprehensive review of the events in the desert empire. Check it out – link attached.  https://www.youtube.com/edit?o=U&video_id=YodIorzO7DA 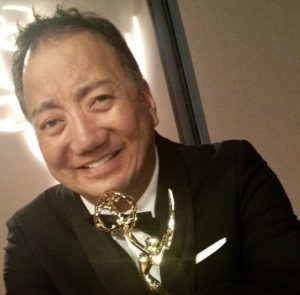 San Francisco KNTV NBC Bay Area – Kevin Wing is adding another adventure to his repertoire. Kevin, who works at KNTV, has been called off to Hollywood a couple of times to do voiceover work for a radio show called Suspense. It’s a remake of a series that aired for 20 years on CBS radio starting back in 1942. And it was star-studded back in the day. Alfred Hitchcock was involved in directing the initial show. The program was described as 20 years of thrills and chills. In its heydey, voiceover talent included Orson Welles, 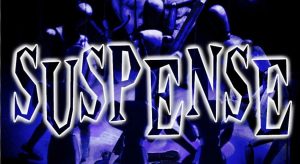 Henry Fonda, and Judy Garland. Picked up by more than 200 radio stations across the country, the Suspense reboot has been on the air since 2012. To date, 100 of the mystery shows have aired and another 100 are scheduled to be made over the next several years. The program airs in the Bay Area at 9 p.m. Sundays on KPFA-FM. “I love being part of this radio show,” said Kevin. “It’s so cool.” 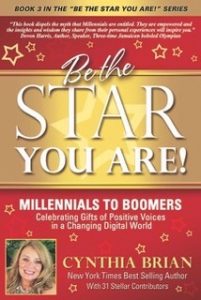 Cynthia Brian and “Be The Star You Are!”

San Francisco – Cynthia Brian joined NATAS in 1995 and has been a member every year since. Membership perks like free headshots, learning through Off Camera what’s going on in the industry, and connecting with people in the business – keep her coming back. With a San Francisco TV background from back in the 1980s, Cynthia left television to branch out and explore her passion. She’s producing and hosting radio broadcasts and writing books. Her most recent book is entitled, Be the Star You Are! Millennials to Boomers. The book is a compilation of 55 true stories geared toward bridging the generation gap between boomers and millennials. “We must strive to be the stars we were born to be,” said Cynthia. All of the proceeds from sales of the book are being donated to a nonprofit literacy and positive media charity. While Cynthia has moved away from TV, she’s involved with NATAS and judges Emmy entries. It keeps her in the loop of what’s going on in other markets and helps her remain current.  www.BetheStarYouAre.org