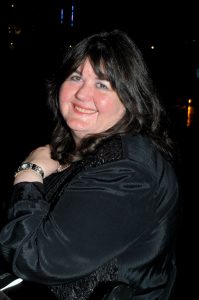 To honor the recently passed National Award Chair and longtime Chapter keystone Linda Giannecchini, the NATAS National Academy moved their Fall 2019 Trustee meeting from Nashville, Tennessee to San Francisco. The National Academy Trustee  Chairman Terry O’Reilly says: “It seemed appropriate for the Board to gather in the city that Linda Giannecchini called home. The Emmys® never had a better steward; Linda showed her passion for our media and for honoring our best in the decades she dedicated to our Academy.  We are in her debt – professionally and personally – for all that she gave and all that she did for us. 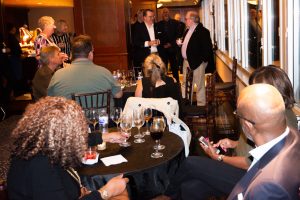 And so on Thursday October 17th, board members flew in from New York and Chicago, from Florida and Ohio, and from every local chapter. San Francisco Trustees Alison Gibson, Joyce Mitchell, Wayne Freedman and Randy Forsman (currently our Chapter’s Secretary) were on hand to greet the national attendees from the other 18 chapters. Membership Chair Patty Zubov and Chapter President Steve Shlisky joined the gathering during a cocktail reception on the 45th floor lounge at the Hilton San Francisco Union Square.

NATAS CEO and President Adam Sharp and board Chairman Terry O’Reilly welcomed all and explained what to expect over next couple of days. O’Reilly summed up the National Academy sentiments: “We couldn’t imagine a more appropriate place for our Board to gather than in San Francisco, where modern TV was invented… and where some of the best in local television is produced to this day.” 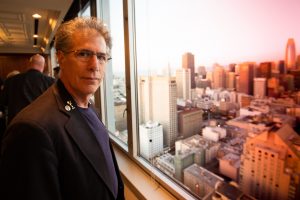 On Friday, the real work happens. At an all-day meeting, the 53 Trustees, Committee Chairs, Executive Committee members, and a handful of other interested parties met to discuss items in the national interest. These include okaying the operating budget, summing up the success of the four national shows (Daytime Emmy® Awards, News & Documentary, Sports, and Technical Emmy® Awards), future partnerships and discounts for NATAS members, possible NATAS branded swag, and the general future direction of the Academy.

According to Adam Sharp, the National Academy is hitting most of its financial yardsticks and setting new goals for the coming year. Longtime trustee and officer Alison Gibson observed: “We’re in very capable hands with President & CEO Adam Sharp now firmly in charge. His innovative ideas and programs make this an exciting time to be a member of NATAS. Steve Shlisky and our trustees made valuable contributions to the meeting and left attendees in no doubt that we are a chapter of great strength and integrity.” 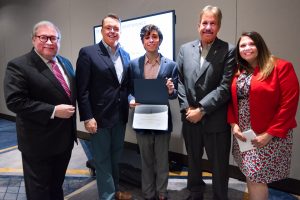 There was the election to select the nominating committee – whose job it is to develop a slate of candidates to run for board officers during the current spring meetings (this time in late June 2020) – and a handful of committee reports. Then it was time to present the $10,000 Trustee Scholarship Award. The Foundation Committee Chair Doug Mummert moved to rename the award this year to honor Linda Giannecchini. The motion was passed by unanimous vote.

This award is given to a student pursuing a career in any aspect of the television industry and is mostly funded by the national trustees. This year’s recipient is Evyatar Gershon. He is from Newton, Massachusetts and currently attends his dream school – New York University studying TV and film production. He attended the Trustee meeting with his mother and explained that his trajectory as a filmmaker may not have been possible without this award. Here are highlights from Gershon’s work. 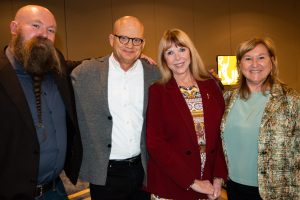 This meeting marked the first appearance of two new trustees our chapter: from San Francisco, Wayne Freedman and from Sacramento Randy Forsman. After the meetings Freedman said: “They’re a congenial group of people, interested in promoting the industry and recognizing excellence. And they’re progressive. As the industry changes, we have confidence that The Academy will, as well. That’s reassuring.” Forsman adds: “”I did not know what to expect walking into a room over over 50 trustees from all across the country, but overall it was a positive learning experience for me. I left feeling like we had accomplished a lot not only for the good of the chapter but for all of NATAS moving forward.”

The meeting finished with a few more committee reports and a two minute video submitted by our Chapter honoring Linda Giannecchini. 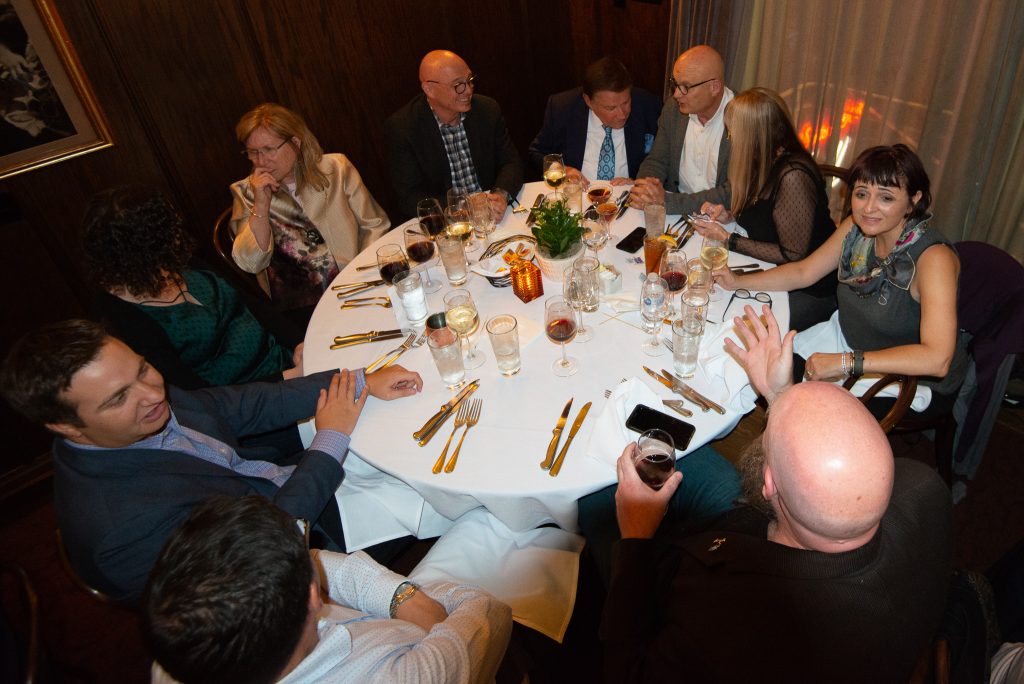 SF Trustee Table on the third floor of John’s Grill

John’s Cafe (among trivia of note, John’s Cafe was the first restaurant to open after the earthquake of 1906 and was frequented by Dashiell Hammett, earning a brief mention in his novel “The Maltese Falcon”). This collegial  get-together sponsored more memories of Giannecchini, good food, drink, and fun chatter. 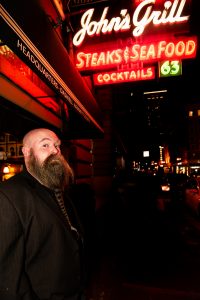 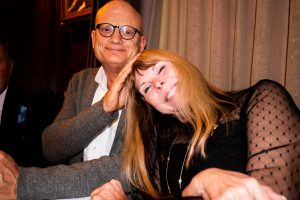 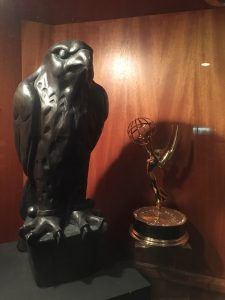 Best know replica of “The Things that Dreams are Made” better known as the Maltese Falcon, next to an Emmy® statuette, on the 2nd floor of John’s Grill, San Francisco.