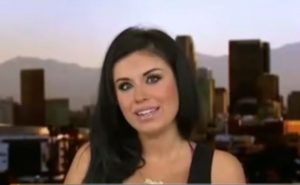 Kinsey Schofield is leaving Phoenix ABC affiliate KNXV for Sacramento’s KMAX where she will co-anchor Good Day Sacramento’s weekend editions. Schofiled has been with KNXV for the last year as a digital reporter. Before that she worked for various outlets commenting on lifestyle, films, and culture and also covered the high profile murder trial of Jodi Arias. Over the years, she’s appeared on Nancy Grace‘s HLN show and Greg Gutfeld‘s former Fox News show RedEye.