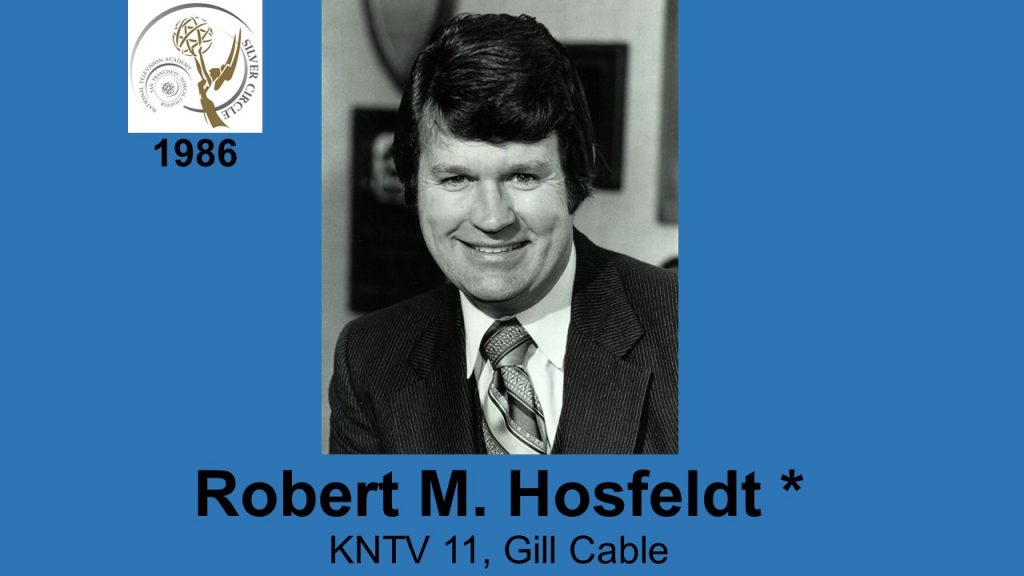 ROBERT M. ‘Bob’ HOSFELDT,  Gill Industries, Inc., began his career as assistant to Fran Conrad at KNTV in 1959. He was promoted to Program Director in the ’60’s and eventually rose to Vice President and General Manager until the station was sold. He moved to Gill Industries as President in 1978. He is currently President of the California State Scholarship Assoc. and serves on the Board of CCTA.