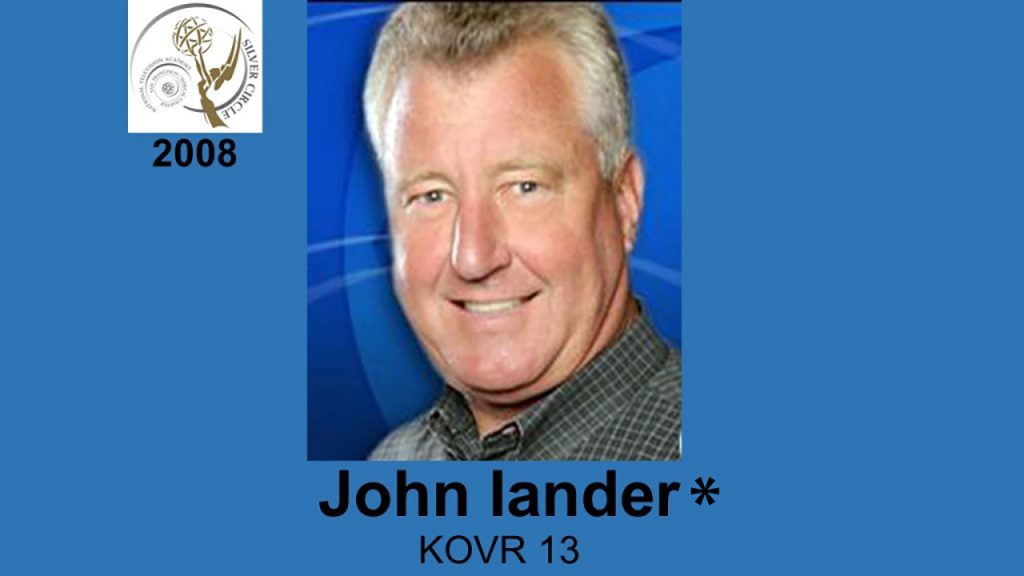 John Iander recently left KOVR after 35 years at the station.  He began his broadcast career in 1963 hosting a weekly high school talk show on KHJ-Radio in Los Angeles. John held jobs at KNBC/NBC Network News in Burbank and worked as a Production Assistant on Laugh In, The Don Knotts Show and The Tonight Show.  In 1969, John moved to Sacramento as Assignment Manager for KXTV 10. While at KXTV, he also anchored his own talk show, reported and was acting News Director. In 1973, he moved across the street to become Assignment Manager for KOVR 13 and acting News Director. By 1975, he became the Capitol Correspondent for McClatchy Broadcasting, covering politics, hosting the weekly, State Capitol and traveling around the world producing documentaries on the politics of foreign governments. He also appeared on KOVR’s Special Assignment, a weekly series of investigative reports. A member of Sigma Delta Chi and the Public Relations Society of America, John is a licensed pilot, an Emmy® award recipient and has received numerous awards from the Associated Press, United Press International and NATO for this work.