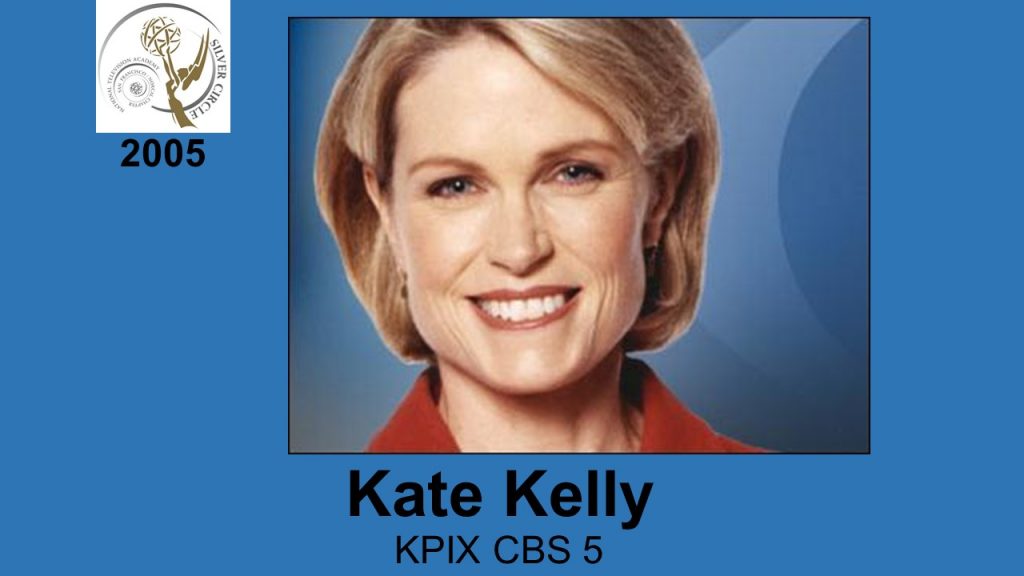 Beginning at CBS 5, as a reporter/anchor in January 1984 Kelly has held a number of anchoring and reporting roles. She and reporter Doug Murphy were co-anchors on Eyewitness News at 6:30 and 11 pm on the weekends; with Dave McElhatton on Eyewitness News weeknights at 11 pm; a co-anchor of the 5 and 10 pm newscasts and with Ken Bastida on the early morning news. In 1984, Kate Kelly was named the outstanding young journalist by the Association of Professional Journalists. In 2002, Kate won the RTNDA Award for Outstanding News Series for “The Alaskan Refuge: America’s
Treasure, America’s Oil.” Over the years Kelly has been nominated several times for local Emmy® awards. After graduating from Stanford University with a degree in communications in 1979. Kelly began her broadcast career as a reporter/anchor for KRCR-TV in Redding, CA. In 1980 she moved to Austin, Texas to work as a reporter for KVUE-TV. Two years later, she became the 6 p.m. weeknight co-anchor. While Kelly served as news anchor, the station won the UPI and AP Best Newscast Award in Texas for three years in a row. A Bay Area native, Kelly was born and raised in Marin. She currently lives in San Francisco with her husband and two sons.