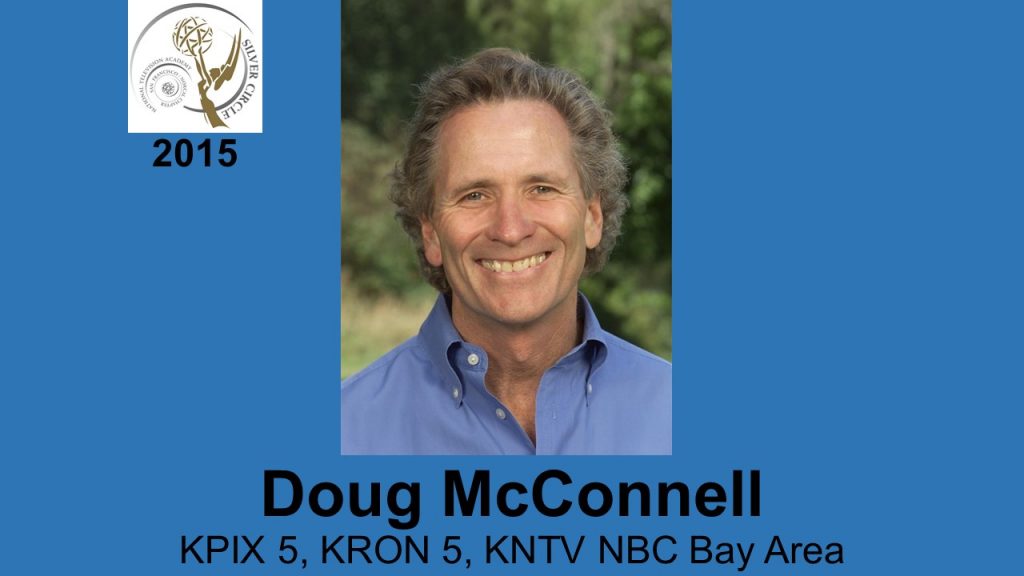 Doug McConnell, television journalist, has focused on environmental issues, with programs on the air since 1983. He has created, produced and hosted many series, special programs and news projects for local, national and international distribution. His broadcast awards have included multiple Emmy® awards, an Iris and a Gabriel. McConnell is a Co-Founder and Managing Partner of ConvergenceMedia Productions in Sausalito. One of the company’s principal products is OpenRoad with Doug McConnell, Exploring the West, created for PBS, currently airing on NBC Bay Area, with an online travel component.  From 1993-2009, McConnell was the Host and Senior Editor of the Bay Area Backroads series on KRON. His other series included: Mac and Mutley (KPIX and Discovery Channel), Pacific Currents (KPIX) and Secrets of the Gold Rush (PBS).  During his Backroads days, McConnell co-authored two best-selling travel publications for Chronicle Books. He received a M.A. in Political Science from Rutgers University in 1968 and a B.A. in Government from Pomona College. Beyond his television work, he has managed programs for the President’s Commission on Coal, the Governor of Alaska, the University of Alaska, The Institute of Ecology and the Gordon and Betty Moore Foundation.