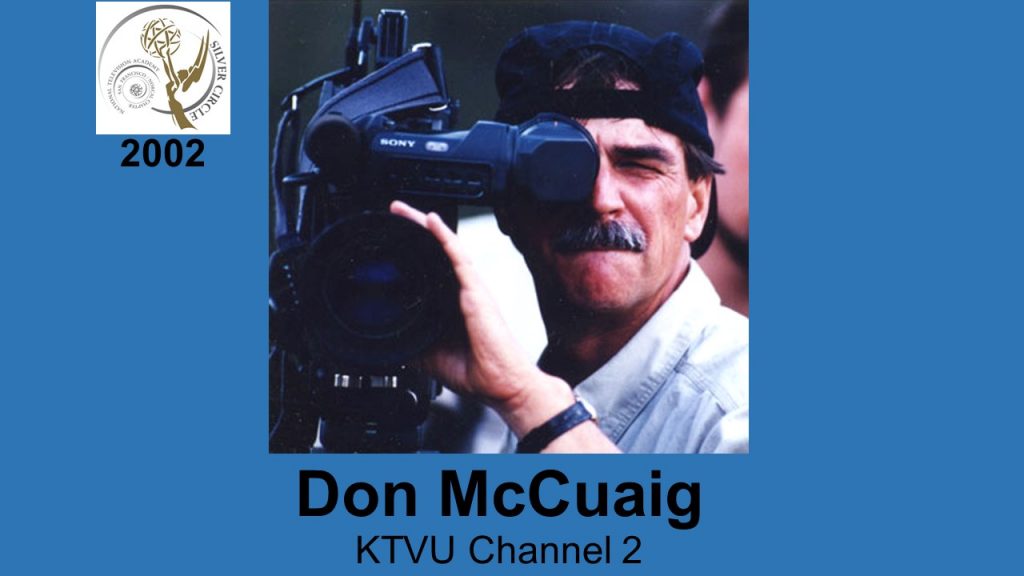 DON McCUAIG’s first employment in television took place in 1969 at KBHK. He then joined KTVU as a photographer, where he has remained for more than 30 years. His position as a photographer and special projects producer has allowed him to record and bring to the Bay Area some outstanding events throughout the world. Along with Leslie Griffith, he took local children to Finland to meet Russian children and then on to Moscow to meet then-President Mikhail Gorbachev. He brought us pictures from Vietnam where four Bay Area fathers were reunited with their wartime children. He covered the fall of the Marcos regime in the Philippines, Princess Diana’s funeral in London and documented the return of veterans to Guadalcanal and Normandy. Don also covered the hurricane that devastated Honduras and witnessed the eerie remains of Jonestown 20 years later. Locally, he was the first to bring us live HDTV shots from the Chinese New Year’s parade and was the first to use Hi-8 and mini-digital formats on the air. Together with Bob Mackenzie, they invented Segment Two. His footage of the 1991 Loma Prieta earthquake was seen around the world.