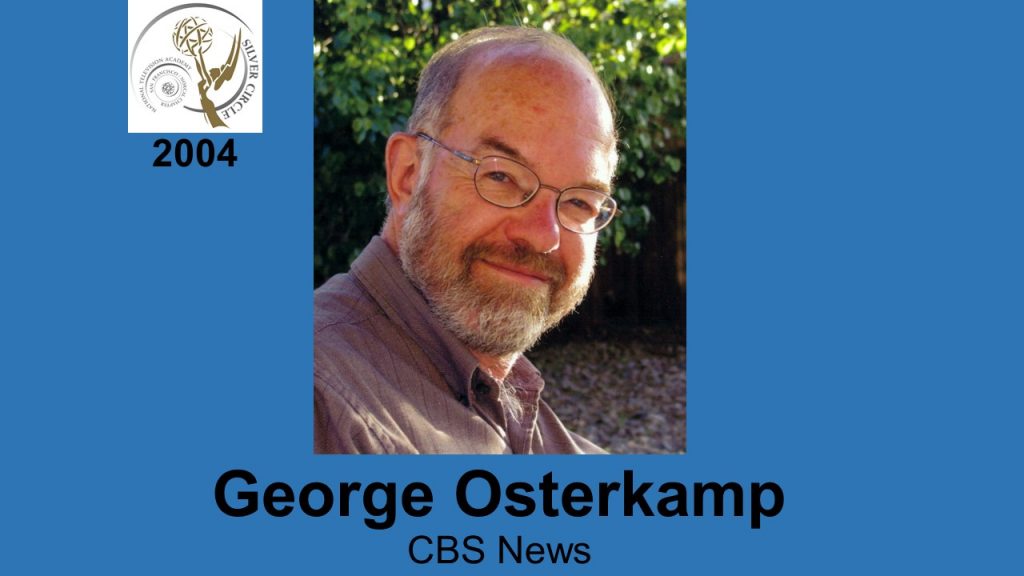 George Osterkamp has molded and mentored several generations of news reporters, producers, writers and managers from his current position as a CBS network news producer in the San Francisco Bureau (since 1989), as KRON’s Washington, D.C. Bureau Chief (1979), as production assistant, producer/director and finally news director of the legendary nightly news program “Newsroom” at KQED, the first daily news program on a public TV station (off and on from 1968 to 1979) and as producer at KPIX (1972-76).  Osterkamp joined CBS News in 1982 as associate producer in Special Events (the unit responsible for covering major breaking news) and in 1987 moved to the newly created primetime news program “48 Hours” as a producer.  Along the way, George has picked up three National Emmys (with CBS News), a Columbia-DuPont Citation, and nine local Emmys.   He also was a member of the first Courts and Media committee of the California Supreme Court that opened courts to cameras.   George just returned from another stint field producing for CBS News in Iraq.