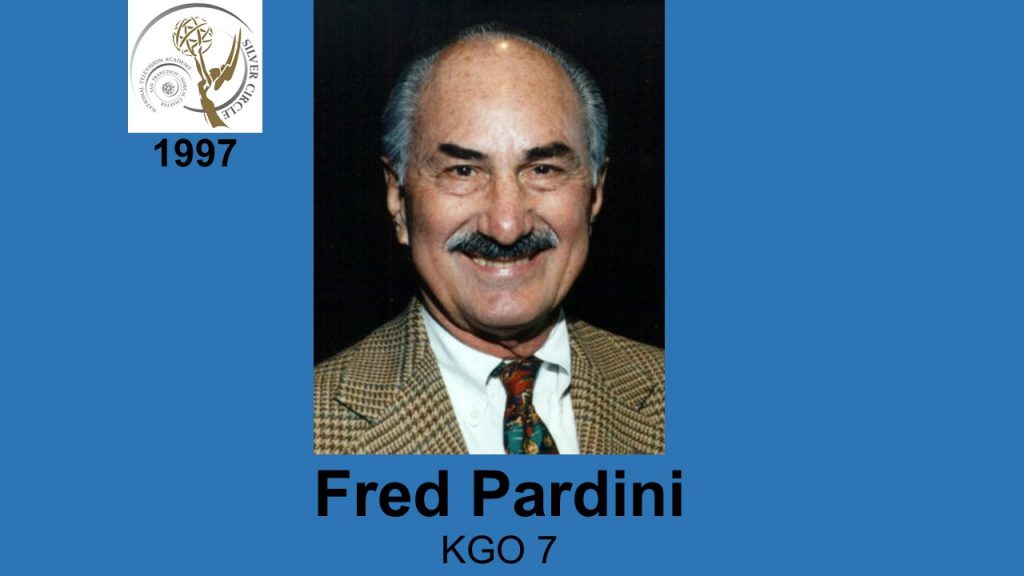 FRED PARDINI, a San Francisco native, started his photojournalism career with the SF Call Bulletin in 1955, later moving to the Examiner.  In 1963, he was honored with the Press Club Award for the best photograph of the year.  He joined KGO News as a cameraman in 1966 and was Chief Cameraman of Film Crews from 1970-82.  He has covered innumerable major events, winning an Emmy for cinematography in 1975.  He is the only photojournalist to have received the Press Club Award for a still photo and an Emmy for film.  Fred was president of the San Francisco Bay Area Press Photographers Association for nine years.