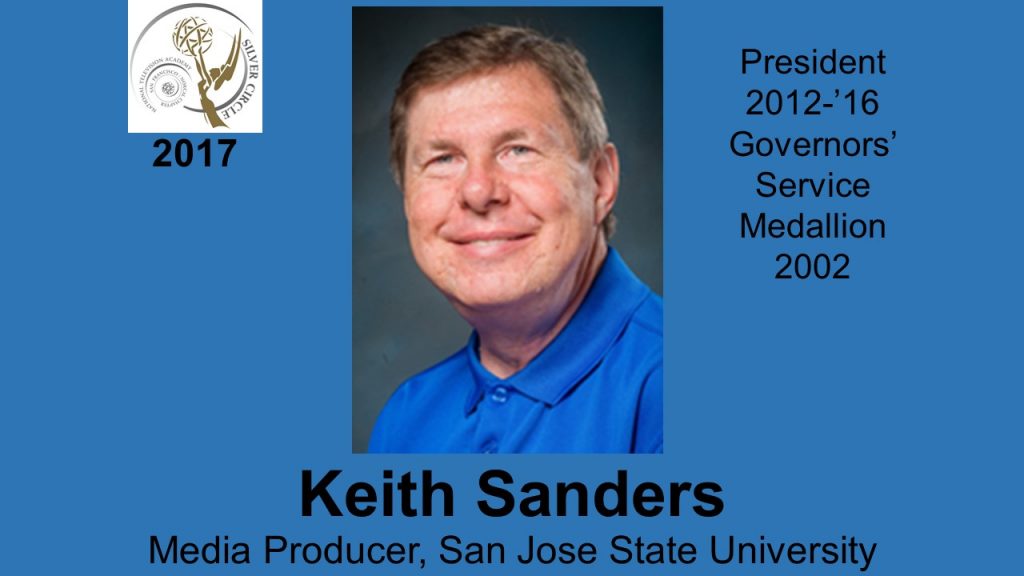 Keith Sanders spent his early years in Fullerton, CA, moving to Saratoga in 1968. He became interested in movie making as a teenager and created 8mm animated cartoons and shorts. In college his interest turned to the media. He was accepted into San José State University’s Radio, Television & Film major, and graduated in 1980. Sanders soon found employment at KGSC (later re-named KICU), running camera for The 7:30 News. By 1984, Sanders was promoted to director of The News at Noon, while also editing promos and directing commercials. In 1995, he became Executive Producer of Silicon Valley Careers, while producing and editing three documentaries including the Emmy® nominated, DNA, The Book of Life. By the end of 2003, with KICU downsizing, Sanders used this opportunity to freelance for Networth TV, NBC 11 and the Computer History Museum. By 2005, he returned to San José State as a Media Producer, where he has directed live events such as Honors Convocation and Commencement; produced/edited several mediated courses including the Emmy® nominated Justice Studies 132; as well as the Career Center’s Internship Journey, that won the Chevron NACE Award for Outstanding Achievement. In 2014, Sanders graduated with honors from CSU Fullerton with an M.S. in Instructional Design & Technology. A recent past Chapter President of NATAS, Sanders also served as Secretary, two separate Vice President positions (San Francisco and San Jose), and Managing Producer of four regional Emmy® Awards shows. He currently serves as Education Chair. Sanders received the Governors’ Service Medallion in 2002 and numerous writing/editing honors from the San Francisco Peninsula Press Club for Off Camera.