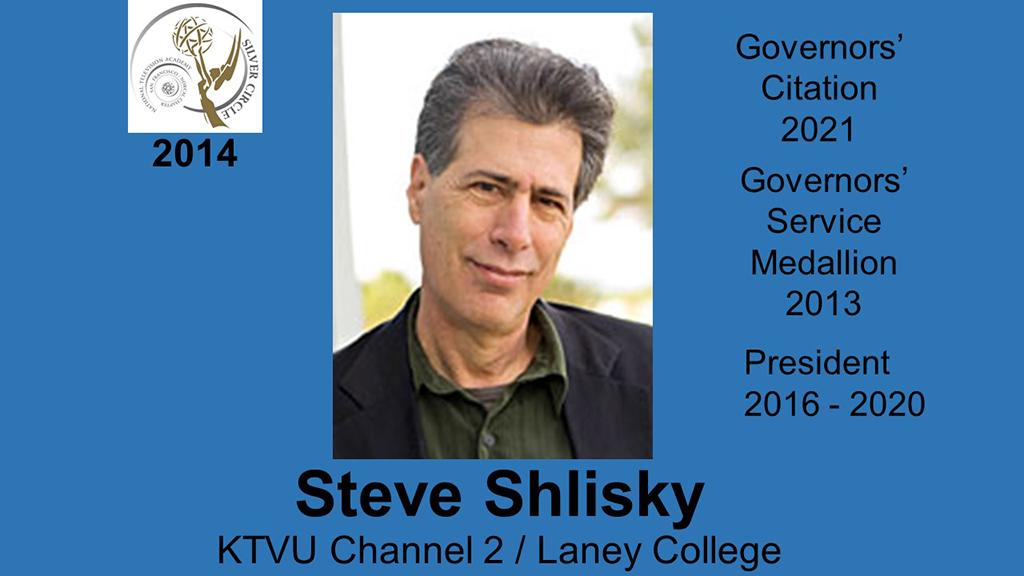 Steve Shlisky grew up the Bay Area cities of Napa, Cupertino and Saratoga. At the age of twelve he shot and edited his first feature, a crazy sci-fi yarn about a mad scientist ho turns himself into a spider. After graduating from San Jose State University with a degree in Film,he briefly did production worked in Southern California, Shlisky returned to the Bay Area to accept a job at KNTV in their mailroom and film departments. For nearly 40 years he worked fulltime in the local programming department as a producer/editor at KTVU. He retired from that position in 2019. Presently he lectures and co-chairs in Laney College’s Media Communications Department. He has produced and edited programs including the last 23 years of The Chinese New Year’s Parade, all 8 years of Legends of the Bay,  My 20th Century, Our Town and The Great American Toy Test. A 14-time Emmy® award recipient, Shlisky has received six RTNDA awards, AP’s Mark Twain Award, seven Tellys, seven Joey Awards, plus numerous other honors for producing, editing and writing. Shlisky has also produced and/or editied videos for Maddie’s Fund, Hopalong Animal Rescue, InterPeace Global, the Stockton Symphony, and Opera Foundation. A former chair NATAS’ Education Committee, former National Trustee, and the most recent Chapter past president. He is now the chair of the Chapter’s Program & Activities Committee, Shlisky has a master’s degree from San Francisco’s State University’s BECA Department. 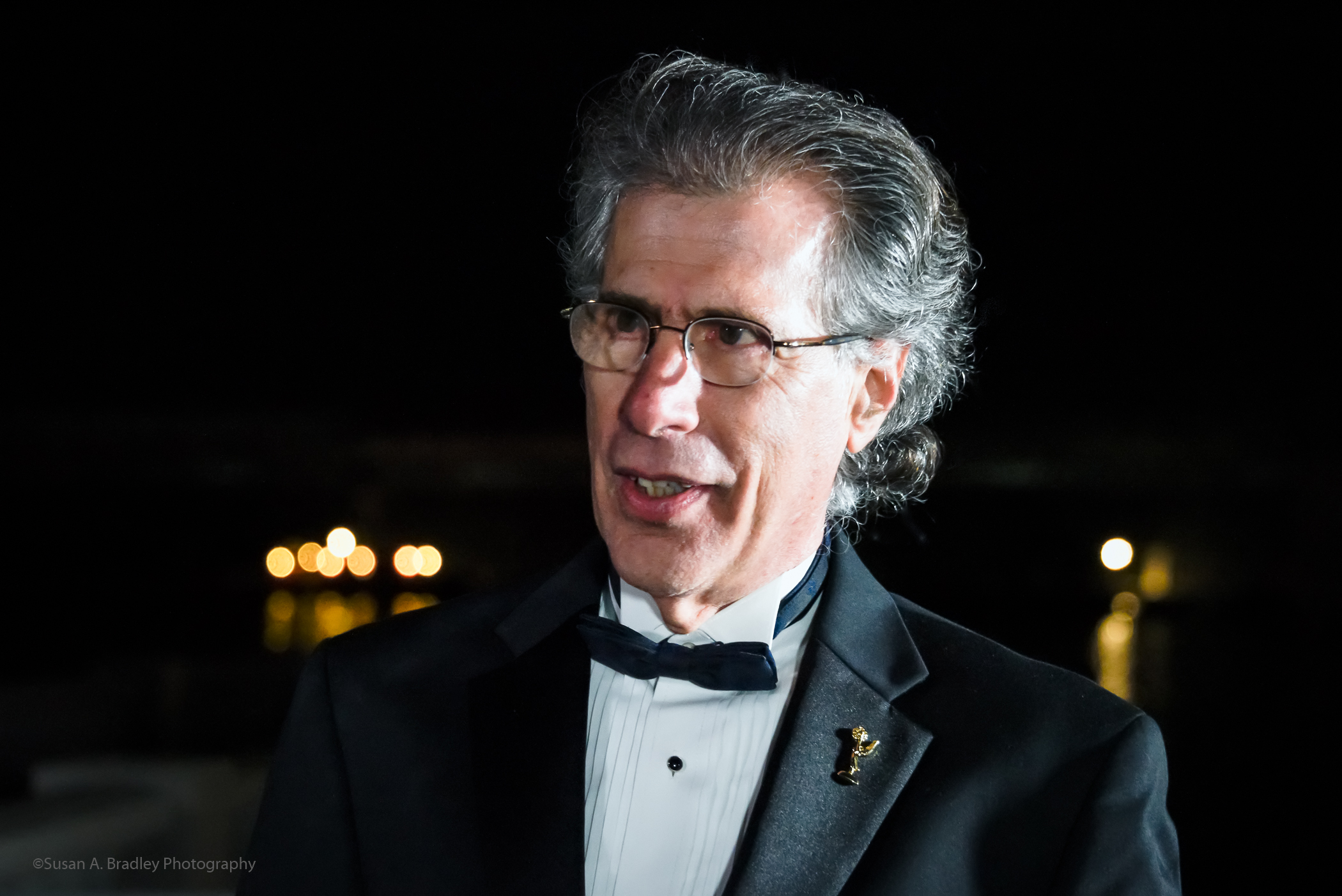