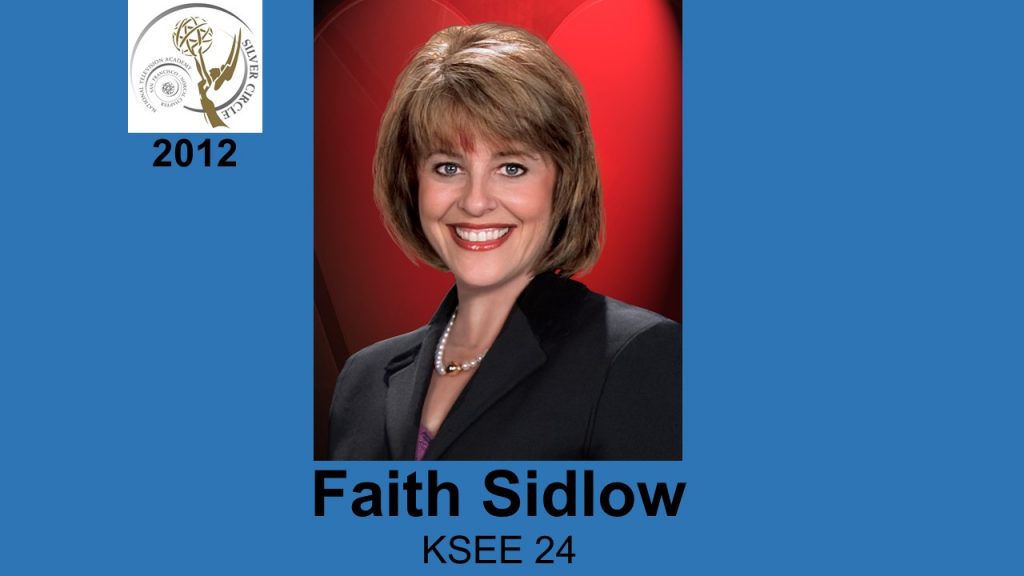 A broadcaster since 1982, Faith Sidlow is currently the News Anchor/Reporter for KSEE 24 in Fresno. She began her television career in 1984 as a research intern for CBS Television News, based in London. Formerly employed at KPBS in San Diego and KNX News Radio, Sidlow moved to Fresno in 1985 where she has worked as a consumer reporter, weather forecaster, producer and assignment editor. She has been recognized with numerous APTRA awards, Edward R. Murrow recognition for News Series, Best of the West, two Emmy® nominations, two Mark Twain awards, and a Silver Medallion from the California Bar Association. Sidlow is a past NATAS Governor and Chair of the Education Committee. A dedicated community leader, her engaging and investigative reports have brought awareness to KSEE’s viewers. Sidlow has served on “Leadership Fresno,” hosted Easter Seals Telethons and taken part in Shakespeare readings. Since 2009, she has taught courses for the Department of Mass Communication and Journalism at Fresno State, giving students first-hand knowledge of television, media law and news production. Sidlow received a B.A. from San Diego State University in 1985 and an M.A. from Fresno State in 2008.