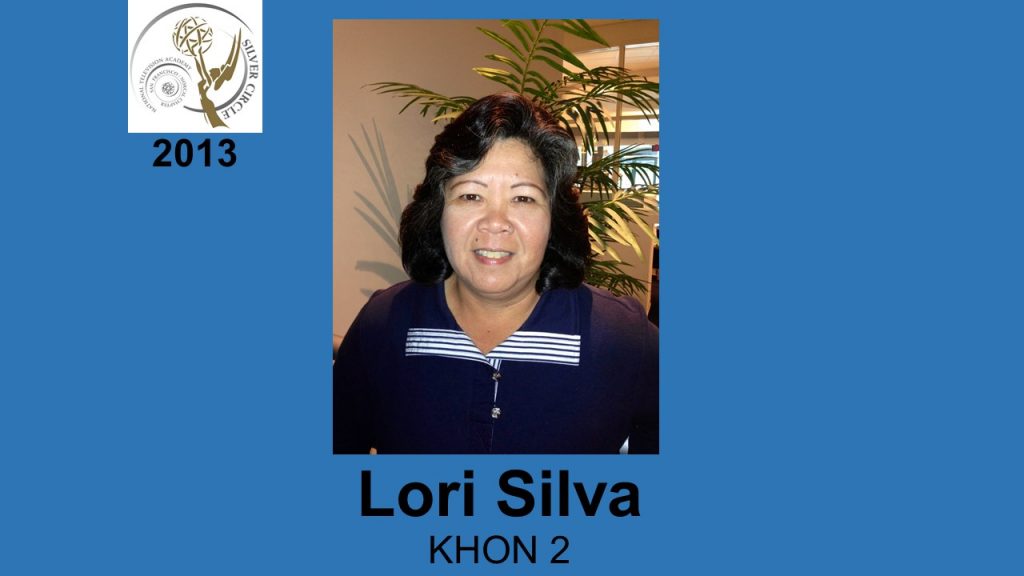 Lori Silva has worked in numerous news positions in Hawaii for the past 30 years, including assignment desk, producer and executive producer. Beginning her professional career in January, 1983 at KHON, in Honolulu, Silva worked on the assignment desk; then moved on to other news assignments before becoming the station’s executive producer for news. She stayed at KHON until 1990 when she moved to KITV in Hawaii, for the next 12 years. During that time, her jobs included producer, executive producer and eventually news director. In 2002, Silva returned to KHON, where she was promoted Executive Producer in 2006 and eventually News Director. Her work has been recognized with Emmy® nominations for Outstanding News Excellence, and numerous Edward R. Murrow regional awards. Through her volunteer work with the Society of Professional Journalists, Silva has helped employ journalism interns from the University of Hawaii. She has also been responsible for helping launch careers of countless news talent in the Hawaii market. Silva has been active with the Hawaii Shield Law Coalition, which supports a 2008 shield law that expired on June 30th which allows journalists to claim reporter’s privileges in keeping their sources secret in most civil cases.