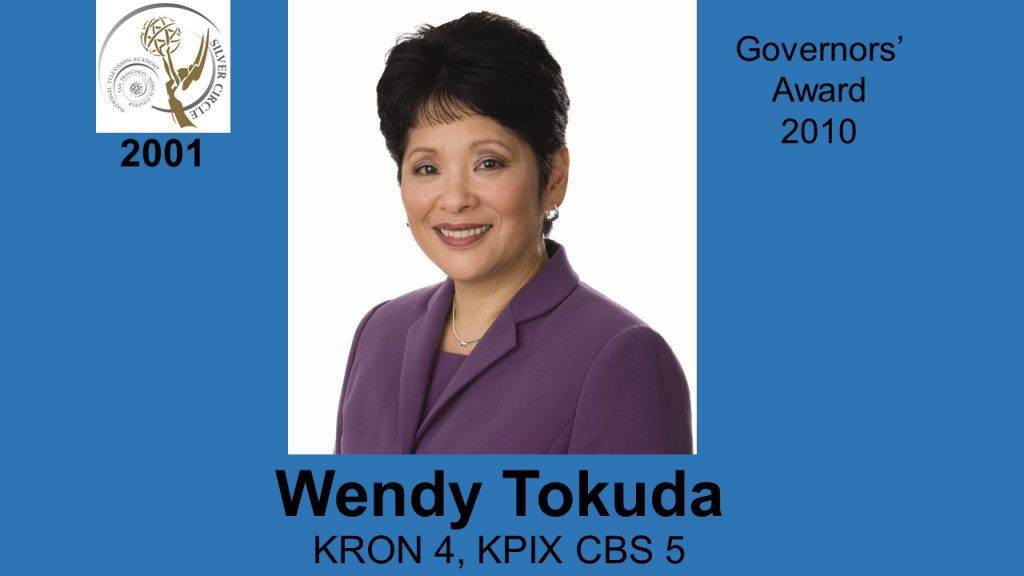 Wendy Tokuda began her television career at KING-TV in Seattle starting as a secretary in Public Affairs. She became a news reporter for KING-TV in 1975.  Wendy then joined KPIX in 1978 as a reporter and anchor.  In 14 years at KPIX she won almost every honor that can be awarded to a local broadcast journalist.  For her series, “Beating the Odds” that profiled extraordinary high school students who overcame tough odds to succeed in school and life, she was presented with a Golden Mike Award, a Los Angeles Press Club Award and a National Emmy Award.  She left the Bay Area for a five-year stint in Los Angeles, anchoring the 6 p.m. news for NBC 4.   She returned to the Bay Area in 1997 joining KRON as a co-anchor on the 4 p.m. and 6 p.m. news programs. In addition to her many awards for broadcast journalism, Wendy’s strong commitment to the community brought to her numerous community service commendations and awards including a Leadership Award from the Japanese American Youth Council and honors from the American Women in Radio and Television.