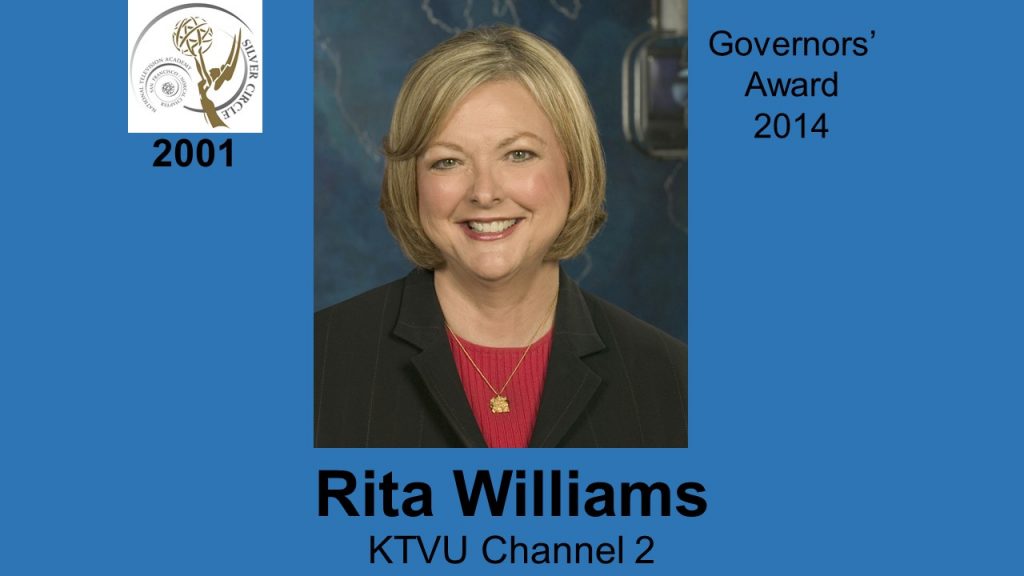 Proving again that internship programs really work, Rita williams was one of ten people selected among 1000 applicants as management trainees at WJZ-TV in Baltimore. She learned her lessons well.  It paved the way for a job in news at KSAT-TV in San Antonio, Texas as a reporter and anchor in 1975 where she remained for three years.  She then moved into the Bay Area in 1978 taking a job at KQED-TV as a reporter doing daily news and documentaries.  With that experience behind her she moved on to the position of San Francisco Bureau chief/reporter for KTVU in 1980. She remains with KTVU, now assigned to reporting general news, politics and crime in the Bay Area. Rita has been the recipient of a number of awards for her excellence in reporting from various organizations, including the American Bar Association and National Criminal Justice plus nominations from the Northern California Emmy Awards for breaking news and general assignment reporting.