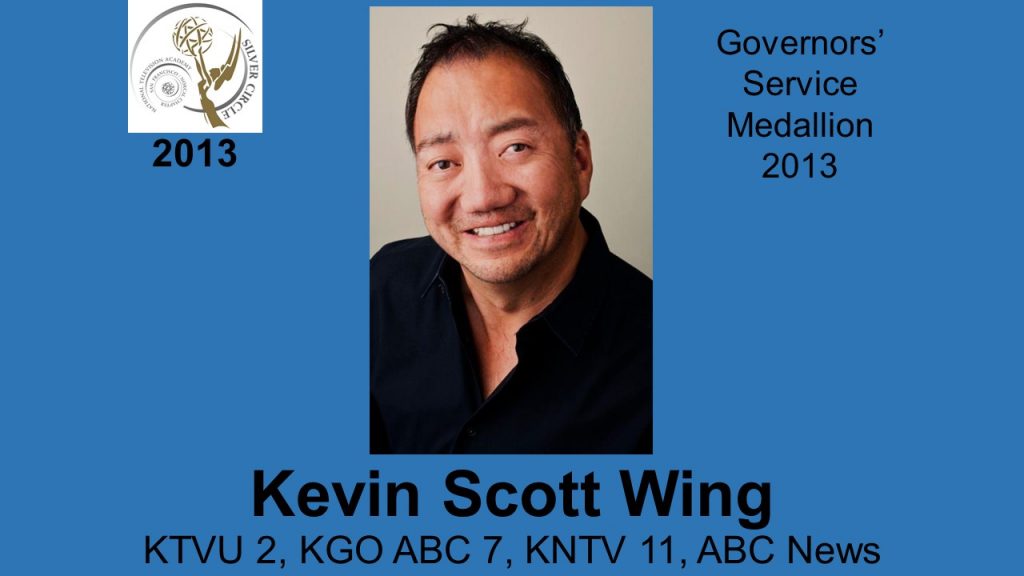 Kevin Wing, a Bay Area native, is a versatile journalist who has been a reporter, anchor, assignment editor, assignment manager, news writer, news producer, local field producer, network field producer, special projects producer and executive producer. He has worked at numerous Northern California stations throughout his career; including: KTVU, KGO, KNTV, KRON, KICU, KFTY and KIEM. Currently, he is a freelance field producer for ABC’s Los Angeles and New York Bureaus. In addition to two Emmy® Awards, Wing has received honors for his work as an assignment editor and news reporter from the RTNDA, Associated Press, Telly Awards, Communicator Awards, Joey Awards and the San Francisco Bay Area Publicity Club. He has also served as spokesman for the VTA/BART extension to Silicon Valley. He has been active in the Bay Area Chapter of the Asian American Journalists Association as a board member as well as Chapter President and Vice President. A member of the NATAS Board of Governors, Wing has been Secretary, is currently San Francisco Vice President, and recipient of the Governors’ Service Medallion for Distinguished Service. Known, since 2007, for his Gold and Silver Circle profiles for Off Camera, Wing took over as Editor of the newsletter in 2013.