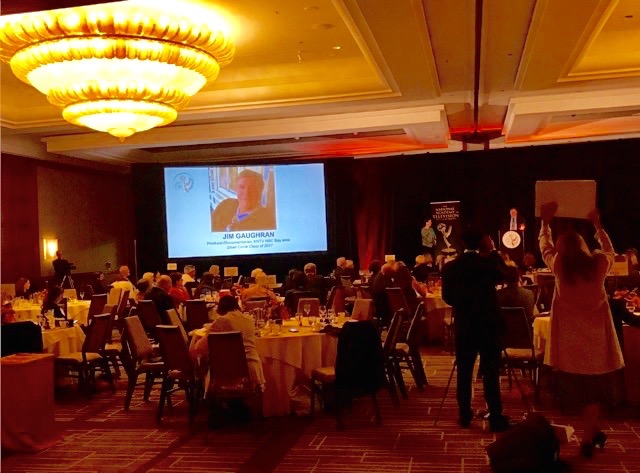 The nomination deadline is approaching for the Gold & Silver Circle Class of 2018. Nominations will be accepted until April 15. Awards Chair Wayne Freedman (SC ’02) calls the Gold & Silver Circle “our chapter’s Broadcasting Hall of Fame.” This year’s class will be officially recognized at the elegant and entertaining Induction Luncheon on Saturday, October 20 at the Park Central Hotel in San Francisco.

The Gold & Silver Circle are honor societies that recognize those who have been actively engaged in television for at least 25 or 50 years, distinguished themselves in their careers and have made a significant contribution to the TV industry and to the community. At least half of that time needs to be in the San Francisco/Northern California Chapter of The National Academy of Television Arts & Sciences. Presently, there are 258 inductees of the Gold & Silver Circle combined.

Neither the candidate nor the nominating individual need be a member of NATAS. And yes, you can even nominate yourself!

Click here to go to the CIRCLES page for details and Nomination Forms!