A veteran KPIX reporter-photographer is the latest victim in what is becoming a regular occurrence of Bay Area television crews being robbed at gunpoint for their expensive TV cameras. For Don Ford, it happened to him in broad daylight in early March while he was covering a story about a series of car break-ins in San Francisco. 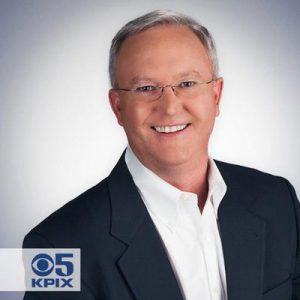 Ford, a 20-year KPIX news veteran who previously worked at KRON for 20 years, is also a 2013 Silver Circle inductee of the San Francisco/Northern California Chapter of The National Academy of Television Arts & Sciences. He was working in San Francisco’s Twin Peaks neighborhood around 12:30 p.m. March 3 when he was forced into a harrowing encounter with a gunman who demanded his camera. Ford was preparing to interview residents for their reaction to a series of auto thefts there.

That is when four men drove up in a white luxury Lexus sedan. The driver remained in the car, while the other three jumped out, one of them holding a gun to Ford’s face at point-blank range while the other two grabbed his camera and tripod.

Meanwhile, Ford was staring down the barrel of a Glock.

“I knew it was a Glock, because it had a very unique slide,” Ford told Off Camera. “It wasn’t a BB gun. It was the real McCoy. It got my attention. I didn’t say a word to this guy.”

Ford, of course, willingly gave up the camera to protect himself and the residents he was about to interview from being harmed. They watched the entire frightening scenario unfold.

“They were having a hard time taking the camera off the tripod,” Ford said of the suspects. “They couldn’t get it in their car.” Moments later, they succeeded before driving away.

It all happened in the span of a minute, he said.

“Everything seemed to slow down,” Ford explained. “It was like time compressed for me. I thought to myself, ‘this guy has the gun, I don’t.’ My focus was to make sure that I didn’t do anything to get this guy excited. It was surreal.”

Ford said he believed the armed heist was planned.

“This was planned and organized by a team that has done this before,” he said. “One guy grabbed the camera. Another guy pointed the gun at me.”

As the getaway car sped off, Ford attempted to memorize the license plate. But, it turned out to be a generic paper plate from a car dealership. All of the suspects wore face masks and hoodies.

Unbeknownst to the assailants, the camera was equipped with a tracking chip. The camera was recovered later that day. A fifth suspect, who is the person who received the camera from the original four suspects, was arrested in the Ingleside District.

“We need to adequately resource public safety agencies, adopt better strategies to stop repeat offenders and make clear that San Francisco is not a place that you can commit crimes and put people’s lives at risk with impunity,” said Mandelman on his Twitter page.

As for Ford, he is “feeling really lucky”.