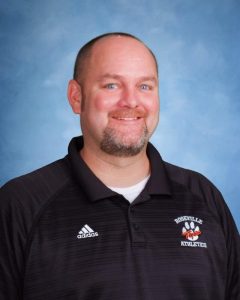 Meet Bobby Ritter who has been teaching Journalism and Media Production at Roseville High School for the last 20 years. Ritter majored in Journalism at California State University, Sacramento and later earned his master’s degree in Journalism Education from the University of Missouri.

Roseville High School’s Media Program also known as the student run “Eye of the Tiger” program produces two broadcasts per week, prints a newspaper every month, and maintains a website plus social media platforms including Facebook, Twitter, and Instagram. Program students determine the content for all platforms, conduct and film interviews, write, operate the studio, and maintain the website and social media accounts. 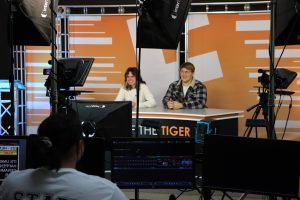 Student works from the Roseville High School’s Media Program have also earned an award for Merit and Honorable Mention from the National Academy of Television Arts and Sciences in the High School Student Production Awards.

When asked about his long-term goals for the program, Ritter says “We want to continue to train future journalists and media professionals, but we also want to help all students in our program develop a greater sense of media literacy”.