Jamie Hardt is a Supervising Sound Editor, Sound Designer, and Re-Recording mixer with over 20 years of experience. He has worked on shows such as 22 Jump Street, Zero Dark Thirty, Penguins of Madagascar, and Men in Black 3. Hardt shares his tips, thoughts and insights on field recording and immersive audio:

DS: Hi Jamie, thanks for joining us today. Before we get started, can you tell us about your background and how you got your start in sound? How did you work your way up to being a sound designer, re-recording mixer, and sound effects editor on shows such as 22 Jump Street and Zero Dark Thirty? 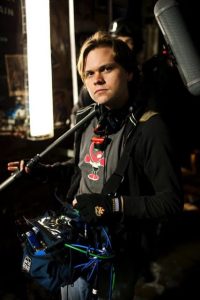 JH:  I studied film at USC and my work-study job was in the sound department, as a Pro Tools tech and all-around audio engineer. After graduating, I happened to hear from a TA about a job as a runner at a sound house in Glendale. The TA in this case was Addison Teague, and I took over for him as a runner and gumby at Steve and Judee Flick’s Creative Café. There I started out as an assistant, which I did for several years under a couple supervisors: Flick, Jon Johnson, Ron Eng, Cameron Frankley and some others.

This whole time I was also designing and mixing shorts and independent projects for my friends from school and when Paul Ottosson needed an extra editor on The Hurt Locker. I got the call and that was my first credit as an editor! I worked for Ottosson and other crews at Sony for the next six years, on shows like Zero Dark Thirty, 22 Jump Street, 2012, Fury and a bunch of other things.

Eventually I think I just wanted some more responsibility and a change of scene, some friends introduced me to the head of post at Blumhouse, and for the last few years I’ve been supervising and mixing projects for Blumhouse, WWE, Paramount and others.

DS: Our current topic is Field Recording. Can you name a couple of shows where you did a good amount of field recording? What sounds did you record for those shows? Can you name a few and talk about them?

JH: I think the project I did the most recording on myself was The Alamo, Jon Johnson 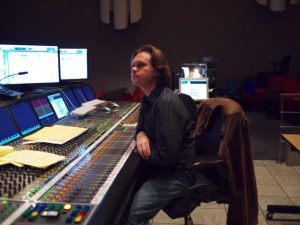 supervised. We did a bunch of field recording sessions with authentic weapons, cannon, multiple kinds of targets and perspectives. I did not personally participate, but the location crew on Fury in the UK—Lisa Pinero, Eilam Hoffman and others—did a huge library of recordings on the extant Sherman tanks used in that film, including turret movements, switches and actuators, operating sounds (like shell casing foley), and they also collected useable IRs (impulse responses) of the interiors, which we used extensively.

I admit that on my more recent projects my schedule is incredibly short and I don’t have much time for recording, I am a happy customer of “A Sound Effect” and other sites!

My field recording very much is focused on fixing immediate problems: on Stephanie I did a bunch of practical recordings of kitchen appliances, trying to get a little drama and horror out of a blender in particular (I eventually used an impact drill for the final effect). On Amateur Night me and the director borrowed a neighbor’s Volvo, and I got a complete series to suit the comedy chase/action scenes in that show. One of my first features was a zombie film, Dance of the Dead, and on that film I was also the production mixer, and this gave me a lot of opportunities to collect sounds on set, with crowds of people playing and performing zombie voices, vehicles, and then coming back to the studio and recording a lot of gore and horror elements with Charles Dayton.

JH: It sounds pretty boring but a sound I keep using constantly is the sound of a wet rag wrung onto a wood floor. I recorded it for Dance of the Dead as a blood splatter sweetener for gunshots, and I just use it all the time. It’s such a nice addition if you see any blood spray on-screen.

I’ve also taken some pride in building my own kicks and punch elements, which I recorded for a short with Hamilton Sterling. In that case I came over to his studio and helped him troubleshoot some ground loops. As a trade we recorded. We punched each other in the chest and crunched various vegetables with his excellent ribbon mic.

JH: There are certain sounds I know, even from the script, that I’ll want something to be authentic. I have a project coming up this summer, and in the script, the screenwriter says, in so many words: “A Grumman Widgeon seaplane arrives,” so I’m strongly inclined to find that. I’m extremely allergic to using library sounds that I’ve heard before for “hero” sounds – things I know will be prominent on screen and be significant characters.

DS: What kind of gear do you use for field recording?

JH: I have a Sound Devices 702T, an Audio-Technica stereo shotgun and some SM57s. I also have a Sennheiser 416 from my production recording days that I keep around for dialogue recording and I always bring it when I’m dubbing, for use as a stage mic. If I’m ever recording backgrounds or quiet sounds I try to borrow a friend’s Sanken CSS.

DS: Besides your main recording rig, do you also have a smaller pocket sized recorder for quick and dirty stuff? Which recorder do you recommend?

JH: Yes, I always have my Røde iXY clipped to my bag. I pick up a ton of casual sounds with it, a lot of the short sounds in my library are from that. It’s just so easy get it out, get the sound and then pop it up to my Dropbox from my iPhone.

DS: Do you get advice from people on what to buy or do you research it yourself? 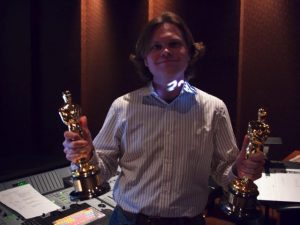 JH: I try to stay up to date with the sales literature, and I’m always reading Gearslutz and a few blogs for user reviews.

DS: Do you go alone to record or do you need help?

JH: I’ve mostly gone out by myself lately, but you can always use one or two people to hold microphones. It’s impossible to record vehicles without multiple people.

DS: Do you typically record in stereo, mono, 5.1, or other format?

JH: I just record in stereo. I think if I were in a market for a sound rig at this time, I’d invest in an A-format ambisonic capsule of some kind, like the Sennheiser AMBEO.

DS: What sample rate and bit depth do you like for recording?

JH: I always record at 24 bit. Any kind of short sound, any kind of engine or technology I try to record at 192 KHz. Backgrounds I’ll only record at 96K or 48K depending on if I’m using the 702T or iXY on my iPhone.

DS: How long do you stay out to record?

JH: I think you have to commit a day for a particular project, like a vehicle, or a weapon, or a location.

This article was originally published for “A Sound Effect“.

NATAS Member Doug Siebum is an audio engineer and sound editor who has worked in many areas of the audio industry. His career began working with bands when he was still in high school.