Jennifer Walters, news producer at KGO-TV in San Francisco, joins KNTV in San Jose as field producer for California Live, a new weekday lifestyles show which debuted Jan. 7. The show, a collaboration between NBC’s three owned-and-operated television stations in California, is also seen on KNBC in Los Angeles and KNSD in San Diego. 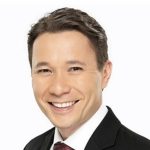 Justin Cruz has been named co-anchor of a new 4 p.m. newscast at KHON in Honolulu. The newscast, which debuts Feb. 4, is the Honolulu market’s first 4 p.m. news broadcast. Cruz will continue as weather anchor for the station’s evening newscasts.

Gina Mangieri has been named co-anchor of a new 4 p.m. newscast at KHON in Honolulu. The newscast debuts Feb. 4 and is the Honolulu market’s first 4 p.m. news broadcast. Mangieri will continue with her “Always Investigating” series for the station. 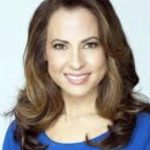 Kanoe Perreira joins KITV in Honolulu as an assignment editor and web editor.

Eliza Larson, producer at KITV in Honolulu, becomes a multimedia journalist at the station.

Diane Ako is now the evening weekend anchor at KITV in Honolulu. Before joining KITV, Ako was a morning anchor at KHON. 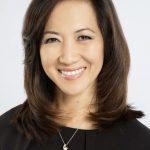 Nicole Tam, digital journalist at KITV in Honolulu, has been promoted to reporter.

Land a new job? Score a promotion? Retiring? Let “On the Move” know. Write to “Off Camera” Editor Kevin Wing at kevin@emmysf.com. We’ll show you off in our next issue.