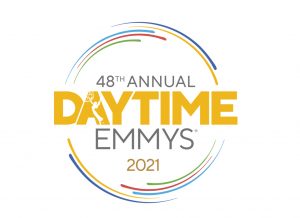 The National Academy of Television Arts & Sciences (NATAS) announced the winners of the 48th ANNUAL DAYTIME EMMY® AWARDS broadcast on the CBS Television Network and Paramount+. The presentation was hosted by Sheryl Underwood of the CBS Daytime Emmy® Award-winning show “THE TALK.”

“Tonight, we honor the Daytime community for helping us find our way through the turbulence of the pandemic, increased racial unrest and the chaos of the presidential election as America faced one of its most trying years in our history,” said Adam Sharp, President & CEO, NATAS. “This evening celebrated not only the best programming and performances of this year, but reflected on some of Daytime’s biggest icons that have left an indelible mark on our medium.”