If you have been listening to Bay Area radio for the last 25 years, you have most certainly heard the friendly, inviting voice of Dina Braun Lawrence, who helped you to get home from work every afternoon with her daily traffic reports on numerous San Francisco and San Jose radio stations.

Lawrence also worked on television, becoming a familiar face to Bay Area viewers as the morning traffic anchor for San Jose’s KNTV during the years leading up to the station becoming the NBC owned-and-operated station for the Bay Area in early 2002.

The voice of that San Jose girl who grew up to have a successful radio and television broadcasting career for more than a quarter-century, is now forever silent. Lawrence died of cancer on April 23. She was 51. 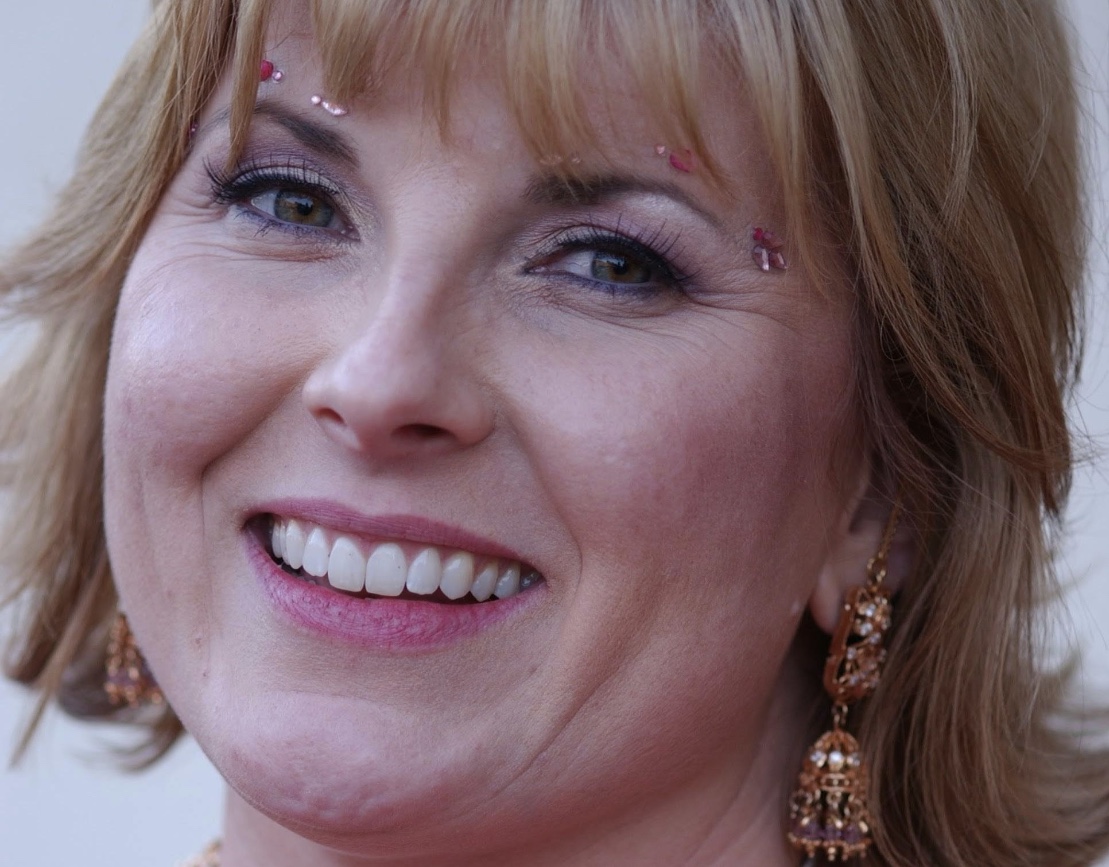 Lawrence, whose on-air name for KNTV was Dina Braun, was an integral part of the station’s morning news team in 2000 and 2001. By then. she had already had a successful career on Bay Area radio.

For 25 years, beginning in 1994, Lawrence was a familiar, welcoming voice on Bay Area radio airwaves. Since 2004, she had been working as afternoon drive-time traffic reporter, anchor, producer and writer for iHeart Media, serving various Bay Area radio stations, using Lawrence as her on-air surname. Prior to that, she was a traffic reporter for Metro Networks from 1997 to 2001, and for KBAY and KEZR radio in San Jose from 1994 to 1997.

From 2000 to 2001, she worked for KNTV, becoming a familiar face to Bay Area viewers as morning traffic anchor on the station’s weekday morning newscast, Today About The Bay, the predecessor to the station’s present Today in the Bay daily morning news offering.

Lawrence, who grew up in San Jose, graduated from Oak Grove High School in 1986. From there, she attended San Jose State University, studying radio, television, film and journalism. Before receiving her Bachelor of Arts degree in 1991, Lawrence worked on the campus radio station, KSJS, as a disc jockey.

Since her passing, many of her close friends have been sharing their thoughts on social media about their friendship with Lawrence and how she was such a special person.

“I miss her laugh, I miss her smile and I miss her spirit,” said KNTV NBC Bay Area morning news anchor, Laura Garcia, Lawrence’s best friend and former KNTV colleague. “But, I’m a better person to have just known her, and fortunate to call her one of my dearest friends. Those don’t come often or easy so I’ll have get used to the emptiness of not being able to pick up the phone and call her, or drop by for a visit.”

“Maybe you heard her voice on the radio as she guided many through the commute on various stations,” Garcia continued. “That voice is gone, but her legacy remains.”

“Dina was not only a colleague I worked with at KNTV, she was a loyal true friend,” said longtime friend and former KNTV NBC Bay Area audio technician and digital video producer, Michelle Cabuag Lim.  “Dina was beautiful inside and out. Her amazing smile would light up the room. She was always positive. I’m very lucky and blessed to have had her in my life. I’ll miss her laugh, smile, and most of all her sweet “radio’ voice.”

“The world is truly a better place because Dina was in it,” added longtime friend Marika Krause, a former news producer at KNTV NBC Bay Area. “She had a way of making everyone around her feel special. Her home was a colorful treasure trove of thoughtful and creative touches, just like her connection to so many of us. She will be truly missed.”

In addition to her husband, Sean King, Lawrence is survived by her family and many friends, colleagues and fans.

A celebration of Lawrence’s life was held May 4 at Family Community Church in San Jose. In lieu of flowers, her family is asking to consider donating to Lawrence’s favorite charity, the World Wildlife Fund.