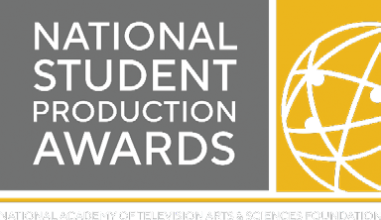 New York, NY – Friday, November 1, 2019 – Winners of the 4th Annual National Student Production Awards were announced at The School of Media Studies at The New School in New York City today, hosted by ESPN Sports television personality, Gary Striewski, host “SportsCenter Snapchat.” The Foundation of The National Academy of Television Arts & Sciences (NATAS) presents this competition annually which includes 24 programming and craft categories honoring student productions from across the country. The event was live streamed on the Academy’s social media channels and website. A full list of winners can be found here: www.theemmys.tv/nspa

“The future of our industry is being passed to the next generation,” said Doug Mummert, Chairman, NATAS Foundation. “The National Academy takes great pride in honoring these amazing students and congratulates all of today’s nominees for their body of work as witnessed by these outstanding entries.”

Over 200 student productions were culled from the 19 regional chapters of The National Academy of Television Arts & Sciences and selected by industry professionals and university professors to advance to the national competition.

“The Foundation is pleased to highlight these aspiring television journalists and the outstanding work being done by them across the country,” said, Danielle Mannion, NATAS Foundation Education Chair. “The creativity, dedication to craft and passion exhibited by this year’s entries continues to inspire us as to the future of our great industry. In addition to thanking our hosts, The New School and its talented Media Studies students for their assistance in producing today’s program, we would also like to thank the many judges who participated in reviewing these outstanding productions.”

Recipients were announced beginning at 2 p.m. EDT, 11 a.m. PDT via a live web stream produced by NATAS SVP, Production, Steve Ulrich; Director, Production, Lisa Armstrong; Education Chair, Danielle Mannion; Cherie Housley, Administrator, Student Production Awards and the students of The School of Media Studies at The New School. The NATAS Foundation would like to thank and acknowledge The New School for its facility and participation in making these awards possible.