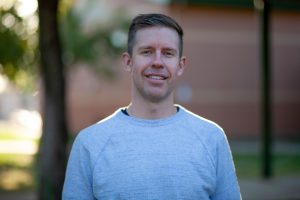 Meet Zachary Weidkamp. He is the advisor and coordinator for the Granite Bay High School Film Media Program. Granite Bay High School is 1 of 7 high schools in the Roseville Joint Union High School District and is ranked number 2 public school in the Sacramento area. Weidkamp is a GBHS 2000 Alumni and a graduate of Sacramento State who has been teaching Media and Film at GBHS since 2010 – the year he was recognized as Teacher of the Year. 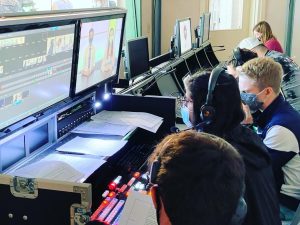 In addition to advising and coordinating, Weidkamp teaches courses in Media Production, Advanced Media Production, Media Management, Film Production, and 3-D Animation. His students have utilized their high school studio (GBTV) to produce two “GBTV Video Bulletins“ each week since 1997. The GBHS Film Media Program students also produce films for a GBTV series names “Every 15 Minutes” in support of their school’s anti-drinking and driving program. Production of the films involve lots of pre-production, various shoots, and a 24-hour turnaround post-production so that the film can be shown during the following day’s assembly. Students also produce a podcast named “Bearly News” (as the GBHS mascot is a Grizzly), and they record and stream the annual graduation ceremonies. Next spring, Weidkamp plans to take 17 of his students to the Student Television Network (STN) convention in Long Beach. 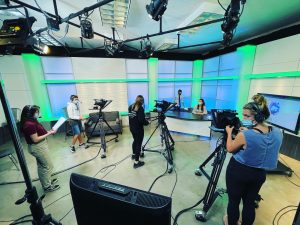 Student works in the Granite Bay High School Film Media Program have been honored by Northern California Media Educators as well as the Columbia Scholastic Press Association Crown Award. When asked about his successful alumni, Weidkamp says that the long history of the program’s success extends back to his predecessors Paul Estridge (founding media teacher) and Marty Newborn (media teacher), but it’s been delightful to help program’s students find their passion. Weidkamp often wonders what his students would be doing if it weren’t for their opportunity to explore these career pathways in high school.

Weidkamp who aims to teach students how to be well rounded content creators, wants the Granite Bay High School Film Media Program to be known for encouraging students to pursue their passion and explore the different areas of the industry.