Watchdog of the State Capitol for more than two decades, The California Channel closes its doors. The cable industry, sole funder of the Cal Channel, has decided not to reinvest in the station. The Cal Channel locks its doors for the final time October 31, 2019. “When the channel started in 1991, all of the news bureaus had closed their Sacramento offices, so the channel was created to fill that void,” said Cal Channel President John Hancock. “Not sure who, if anyone, will provide the oversight of the State Capitol when we’re gone.” 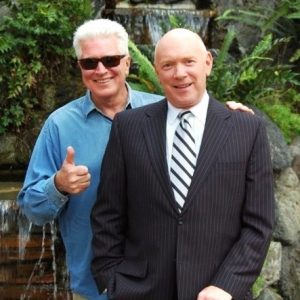 The California Channel televised gavel-to-gavel coverage of both Assembly and Senate legislative sessions. In addition, it produced the Gubernatorial Debate between Governor Jerry Brown and opponent Neel Kashkari. It also carried regularly scheduled talk show programming with various lawmakers on a myriad of topics.

Governor Brown did only one debate during his last bid for office and insisted it be produced at the Cal Channel. The Governor was invested in the station. Reportedly, Governor Gavin Newsom also is very supportive of The California Channel. But for now, the cable industry is pulling the $1.2-million that funds operations of the station.

From time-to-time, the Cal Channel would air documentaries pertaining to issues impacting California. Since its inception, the station has been run by Hancock who knew his way around the State Capitol very well and was committed to government transparency. “It has been an honor and privilege to open the window of democracy on California’s government for these past 26 years,” said Hancock.

The Cal Channel was carried by every cable subscriber statewide. Its board of directors, comprised of cable company leaders, made the decision to pull funding.