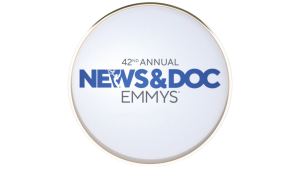 “Tonight, we celebrate these documentary professionals who in the unprecedented year of 2020 delivered the insightful, clear, factual and timely filmmaking necessary to make sense of the tumultuous times that we live in,” said Adam Sharp, President & CEO, NATAS.

“In a year where we received more than 1,200 documentary entries, in an era where, thanks to the advent of streaming television, more people can now see this amazing work on demand across our nation, tonight we celebrate these brave filmmakers for opening their lens and our eyes to the world around us and helping us to better understand the events that affect our everyday lives in remarkable ways,” said Terry O’Reilly, Chairman, NATAS.

The ceremony was hosted by the following documentary filmmakers: