Mark Neerman is returning to the Bay Area to become the next news director for KPIX 5 in San Francisco.

For the last three years, Neerman has been the news director at KSNV-TV, the NBC station in Las Vegas. 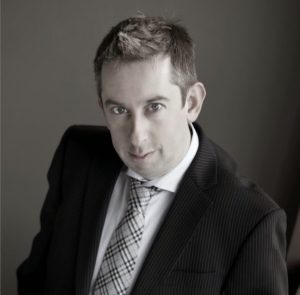 Previously, he was assistant news director at KNTV NBC Bay Area in San Jose. That was followed by news director positions in Las Vegas, Louisville, Kentucky, and Richmond, Virginia. Earlier in his career, Neerman also worked in Portland, Oregon, Miami and Columbia, Missouri.

At KPIX, the CBS-owned and operated station for the Bay Area, Neerman replaces Dan Rosenheim, who retired this summer after 18 years as news director there.

News for KPIX,” Neerman told his staff in Las Vegas recently. “While I’m very excited about the challenge and for the move back to SF, leaving you is anything but easy. I could not be more proud of everything we have accomplished together. We have all grown and, in turn, we have better served Las Vegas.”
Back to “Off Camera” INDEX page…