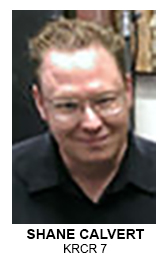 Shane Calvert (KOFY-TV) is a producer, photographer, creative director and content creator with over two decades of experience working in Bay Area television. Currently, Shane is the Senior Creative Services Producer at KRCR ABC 7 in Redding.  Shane was the Creative Services Director for KOFY TV-20 (Granite) in San Francisco for the last few years. He has also held the same position with KFTY in Santa Rosa. Along with his work in television production, Shane is also the creator and host (under his alter-ego Cousin Dave the Clown) of the locally originating program Circus of Chaos and has produced and directed several feature films. (Video | film-editor) along with launching Famous Monsters TV from the Famous Monsters of Filmland magazine.