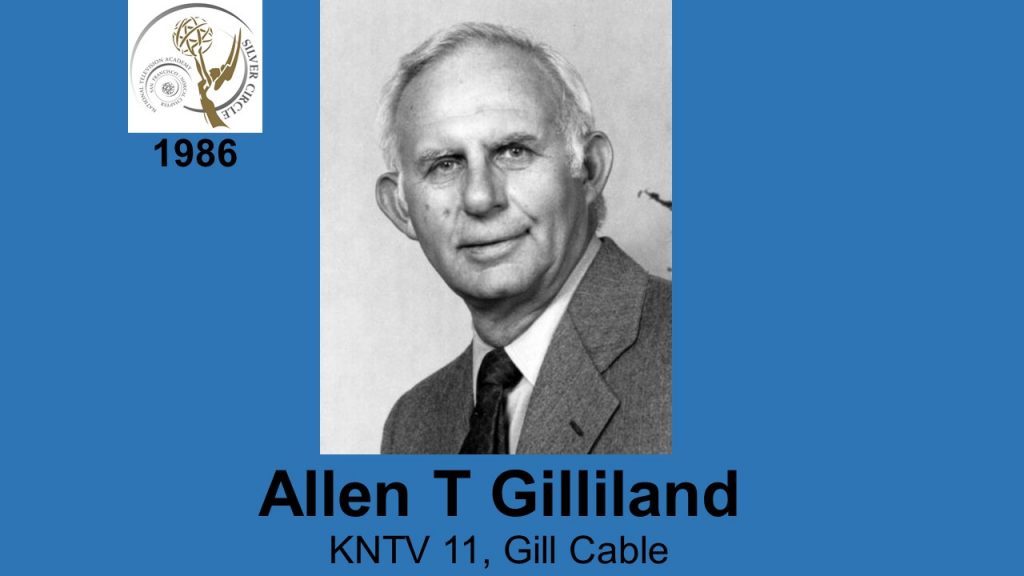 ALLEN T. GILLILAND, Gill Industries, Inc., graduated from Stanford in 1946 with a degreein Economics. He joined Sunlite Bakery in 1946 and soon became GM. In 1955 he built KNTY, and in 1960 became President of Standard Radio & TV. Got into cable inthe 60’s and sold off KNTV in 1978.He is Chairman of Gill Industries, past Chairman of CcrA and NcrA. He has endowed the Chair of Telecommunications  at San Jose State University.