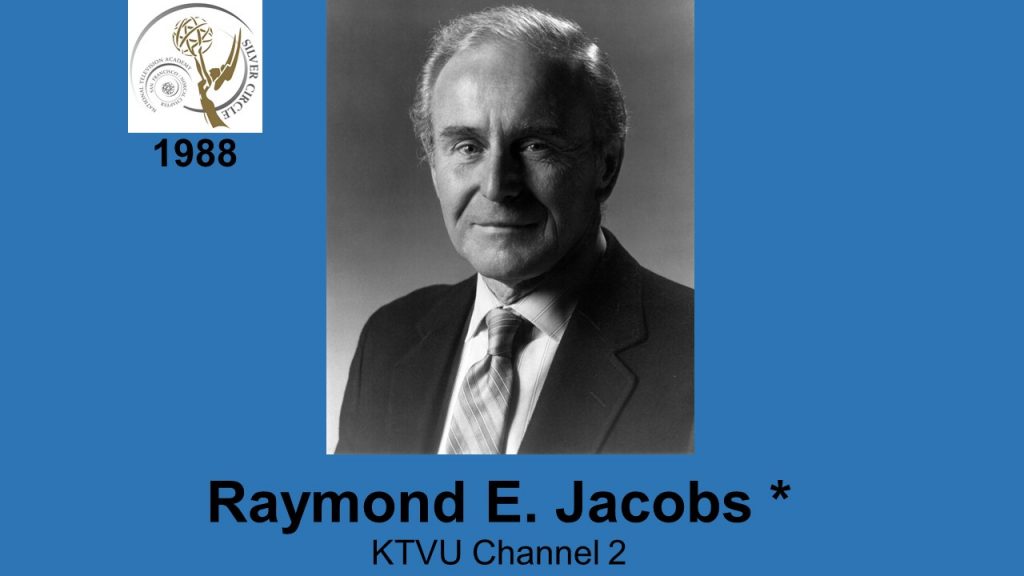 RAY JACOBS, KTVU, began his television career at KOB, Albuquerque in November 1948, a month before television came to San Francisco. He joined KTVU in 1958 as a news reporter. He was promoted to Production Manager, then to Director of News and Special Events,  Operations Manager and finally to Director of Administration. He is seen on Ch. 2  editorials.