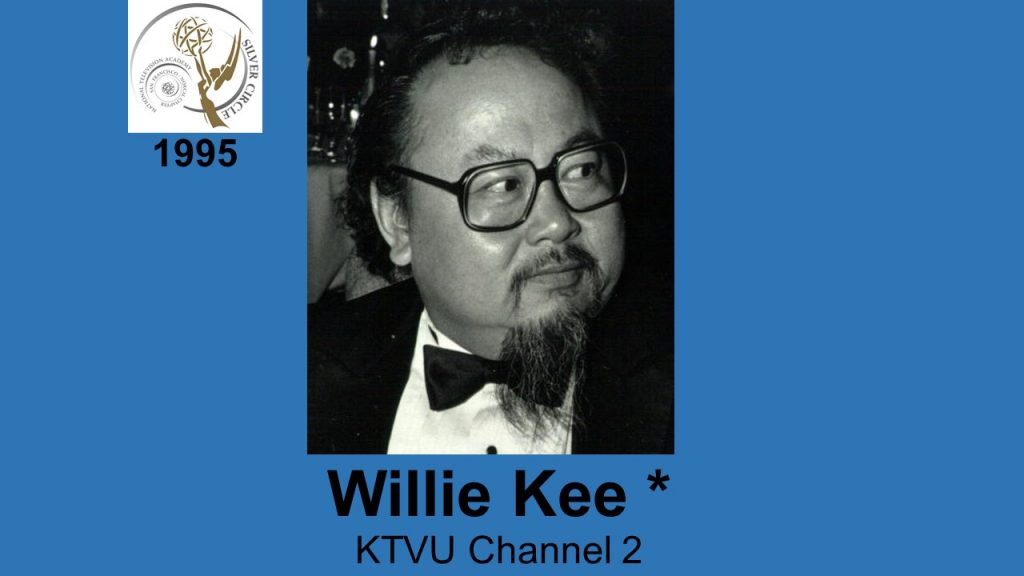 WILLIE KEE-For the past 25 years, it has been impossible to cover any major news event in Northern California without seeing the distinctive  form of videographer Willie Kee, wearing his trademark black outfit and black hat. During his television career, he has won a noteworthy 12 regional Emmy Awards, and other accolade, including the recent Asian American Journalists’ Association Lifetime Achievement Award. Perhaps even more significant and lasting are the dozens of young journalists Willie has mentored throughout  the years.  He has always demanded  professionalism  and   has earned the respect of his peers.