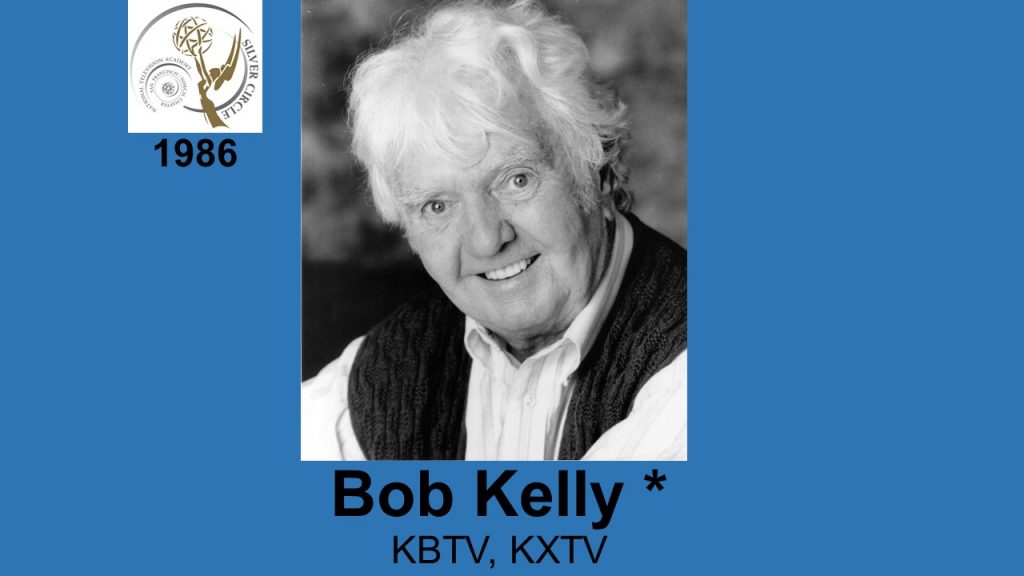 BOB KELLY, KXTY, was Commercial Production Manager until his retirement.He began his career in Baltimore. In 1956 he came to Sacramento and joined KBET (later KXTV) and stayed with the station 29 years.As a writer/producer / director he created untold numbers of commercials as well as dramatic series. He is still active in freelance television.