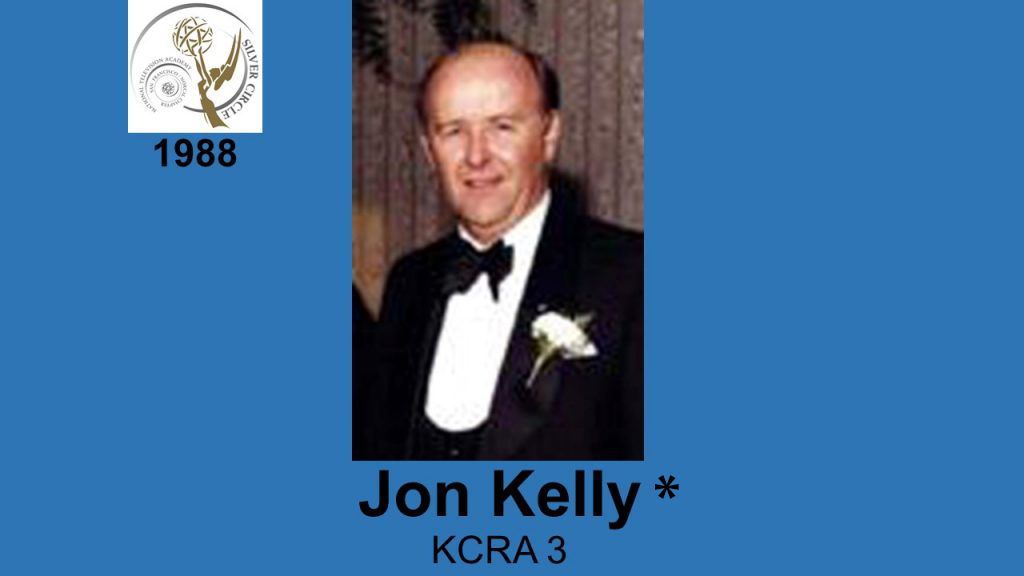 JON S. KELLY, KCRA-TV, was born in Berkeley and graduated from UC. In 1960 he became VP and General Manager of the Corporation which owned KCRA-TV & AM and KCTC-FM.In 1962 he became a partner and owner of Kelly Broadcasting Co.Jon is active in civic and community affairs and has served on the Sacramento Chamber of Commerce, Boy Scouts of America and the Sacramento Symphony.