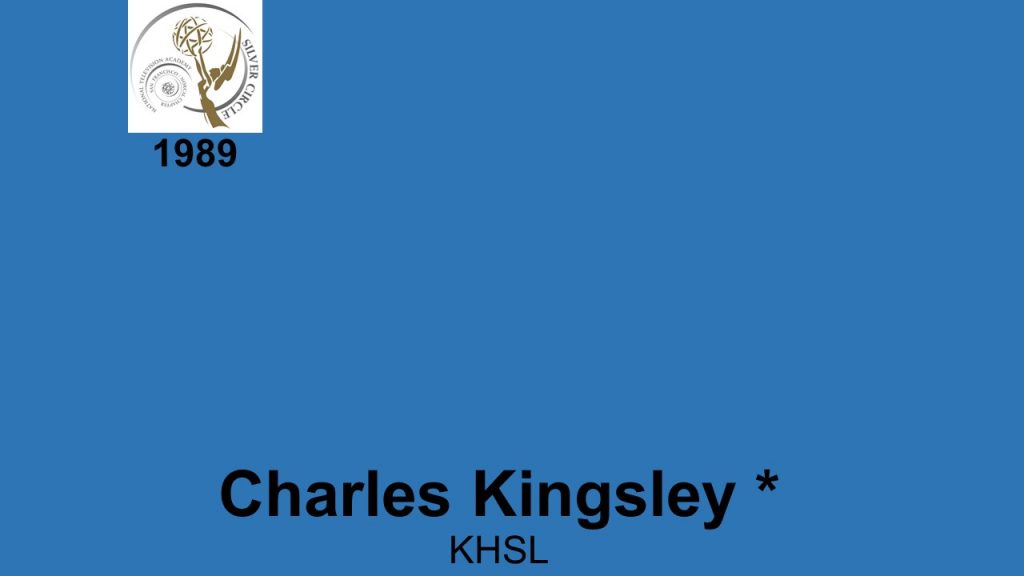 CHARLES KINGSLEY, Executive Vice President, Golden Empire Broadcasting Co., has a long career in Northern California radio and television. He began as an intern at KGGC, San Francisco, in 1938. Following vari­ous announcing and production assignments in Merced and Sacramento, Charles served in the U.S. Army-in the Signal Corps, of course. He returned to civilian life as man­ager of radio stations in Merced and Chico, entering the tele­vision side at KHSL-TV in 1962, where he now supervises operations.