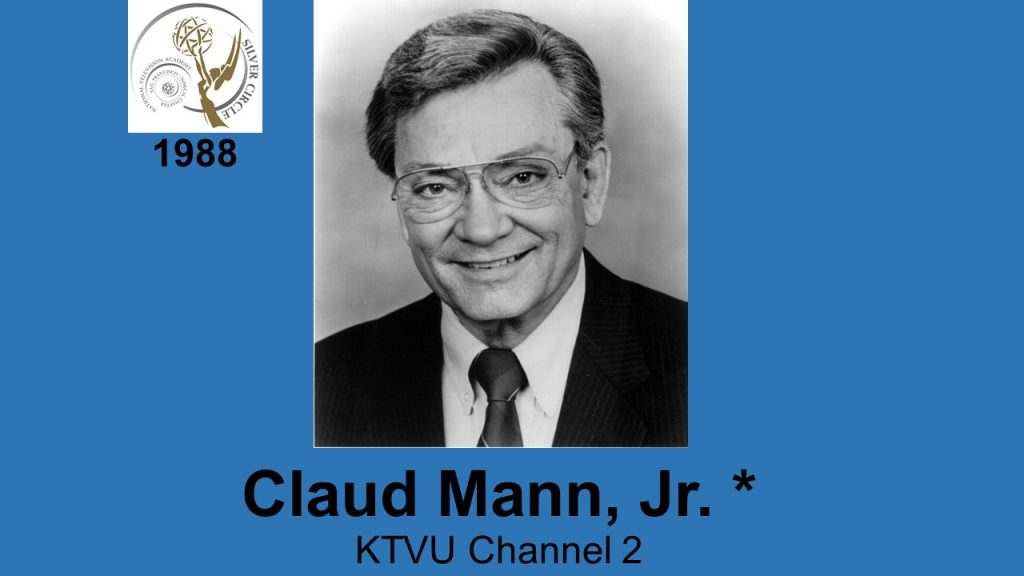 CLAUD MANN,JR., KTVU, began his career at KPRC-TV Houston, while still in college. After a brief stint at Benton & Bowles in New York he returned to KPRC as an announcer / director/newscaster in 1950. He worked at KSBW, Salinas, KXTV, Sacramento, Gordon News Films and KTVU as a News Anchor /Reporter and News Analyst/Commentator.