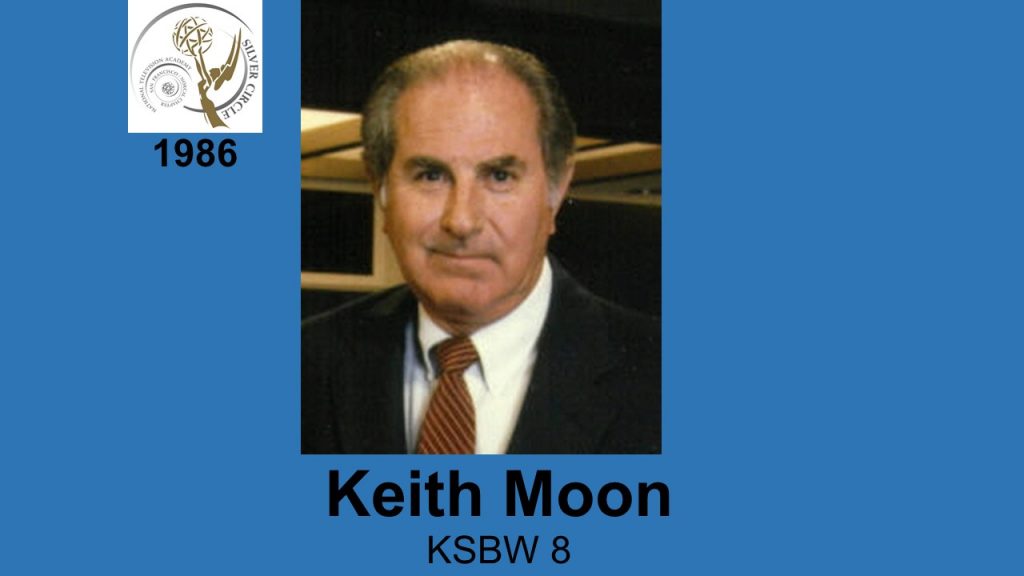 KEITH MOON, KSBW;J’V, began his television career in 1956 as a promotion writer for KBET (now KXTV).He served at the then Corinthian outlet as a Director, Creative Director and Pro­motion Director. In1967 it was off to KHOU, Houston and in ’68 to KIRO in Seattle. In 1969 he returned to California and KSBW Salinas. In ’79 he was made VP & GM of KSBW, and in 1981 President of Blair Broadcasting of California.