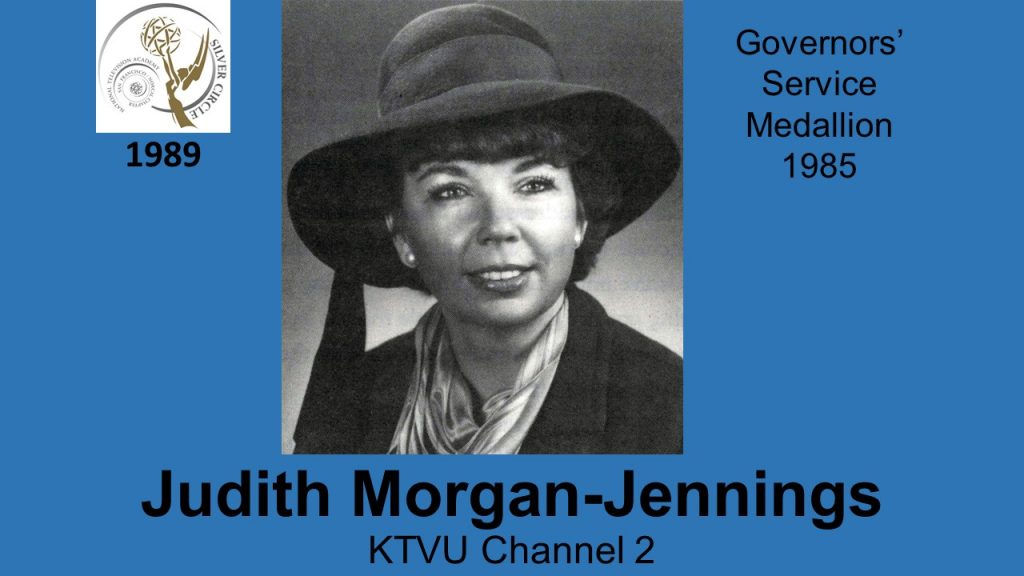 JUDITH M ORGAN JENNINGS became involved in broadcasting when she was just  eleven years old.  She won a contest, placing her on a live TV program for children. She switched to radio when she was 13′, and was featured on WGAR’s Fairytale Theatre. At 15, she began a modeling career. Judith later went to work in the KYW-TV publicity department, working her way up to Assistant Publicity Director, before moving to San Francisco where she assisted on a talk show at KCBS; was Production Coordinator at KBHK-TV; worked for three years as a talkshow host for KOO Radio and then joined KTVU as Publicity Director in 1976. She is now Public Relations and Publicity Director at that station. She has been active with the TV Academy, serving on  the Board of Governors  and as program  chair. She lives on a houseboat in Alameda, allowing her an enviable commute-a 10-minute rowboat ride.