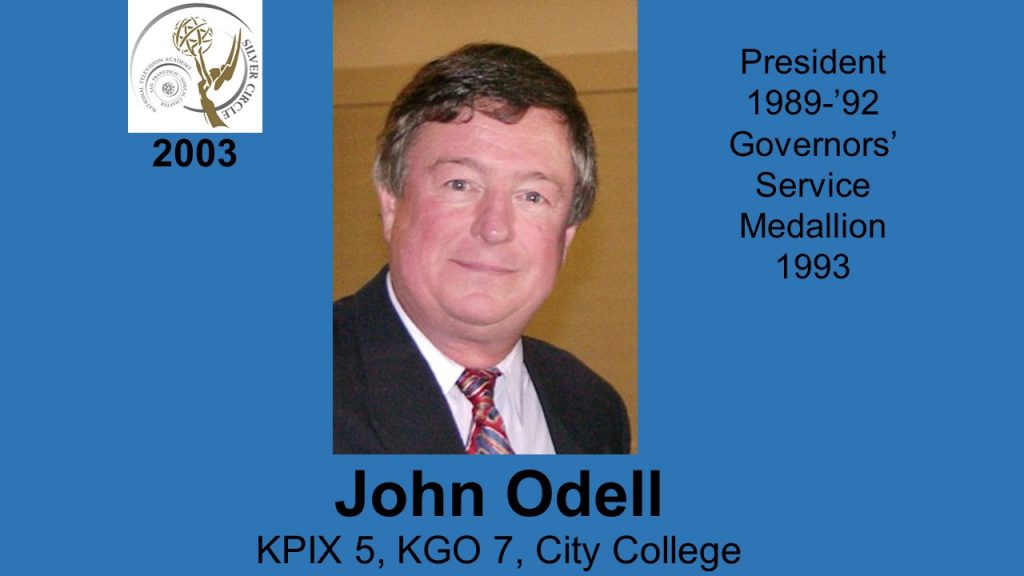 John’s first experience in television took place in 1973 at KPBS-TV in San Diego where he was employed as an engineer and staff announcer.  In 1976 he joined KPIX as an evening news editor.  While at KPIX he was a part of the original production team of “Evening Magazine”. He then moved to KGO-TV in 1982 where he worked as a videotape editor, writer, producer and talent.  In 1994 he left KGO-TV to become a free lance editor and producer handling assignments with national news organizations including ABC News and CBS News.  John has been a recipient of many outstanding awards that include seven Emmys and a silver medal in the New York International Film and Television Festival.  He has long been an active member in NATAS serving on numerous committees and is a past president, governor and national trustee of the Northern California chapter. He is currently an instructor in broadcasting at City College of San Francisco.