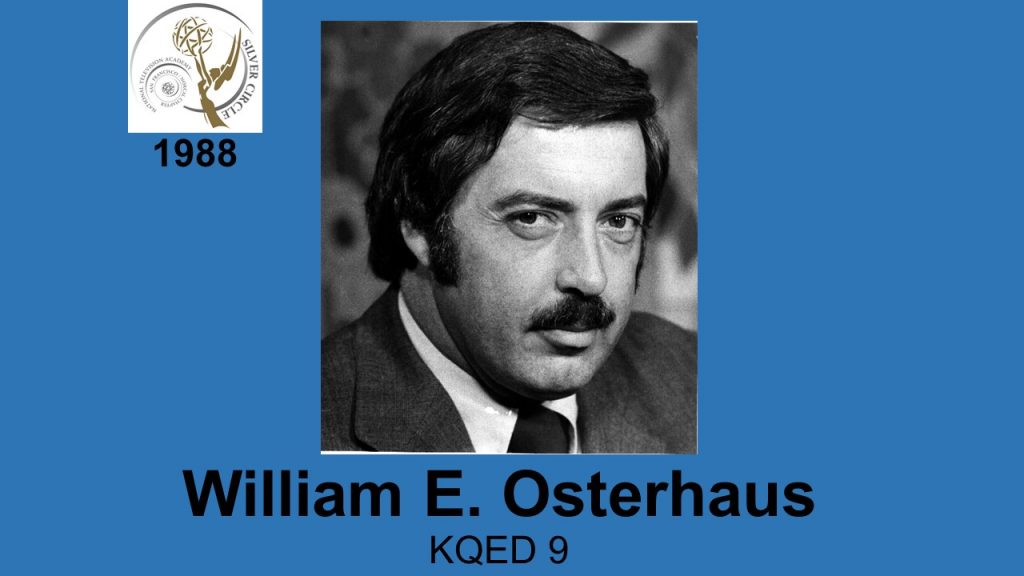 WILLIAM ‘Bill’ OSTERHAUS, VariComNCI, started in 1955 at the top -in the News & Special Projects Department of NBC. From there he moved over to WNBC as a Staff Producer. In 1960 he joined Group W in Cleveland, and later served as Program Director at KPIX and KYW, before returning to the Bay Area as VP & General Manager of KPIX. In 1973 he went to KQED as President and General Manager. In 1979